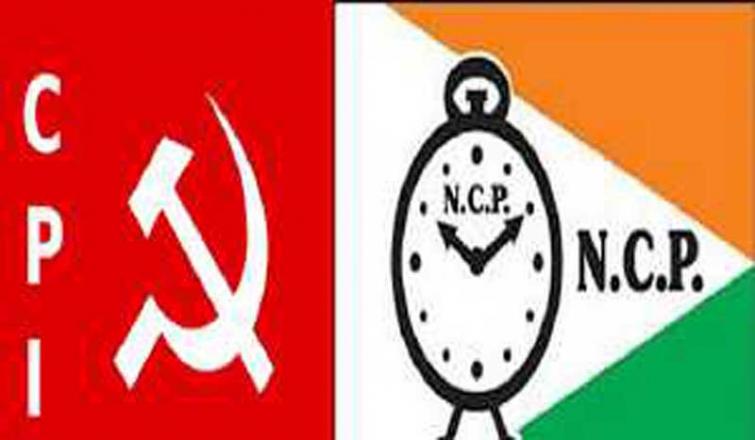 Kolhapur, Feb 20 (UNI) The activists of CPI, Nationalist Congress Party(NCP) and the members belonging to the Martyr Govind Pansare Action Committee on Wednesday staged a sit-in demonstration in front of Bindu Chowk here against failure of SIT in making a breakthrough in the Pansare murder case even after four years.

The demonstration was held as February 20 of 2019 completes four years of the death of CPI leader Govind Pansare after being shot by bike assailants, but the Special Investigation Team formed to probe the murder case could not pin down the mastermind of the attack.

Led by Kolhapur Mayor Sarita More, the NCP's senior leader Satej Patil, former minister Hasan Mushrif and other prominent CPI members participated in the demonstration to register protest as much time has passed but the murderers of Govind Pansare still evade the legal clutches.

Speaking during the sit-in, Mushrif accused the state government of interfering in the investigation which raises suspicion over its intention to solve the sensational murder cases of Govind Pansare and Dr Narendra Dabholkar.

The Mayor announced that the Kolhapur Municipal Corporation will build a memorial for slain Pansare on an expenditure of Rs 20 lakhs.

A total of eight suspects have been named in a chargesheet submitted by the SIT of which two suspects-Sameer Gaikwad and Dr Virendra Tawade-have been released on conditional bail.

The demonstrators were infuriated as the other two suspects-Vinay Pawar and Sarang Akolkar-are on the run.