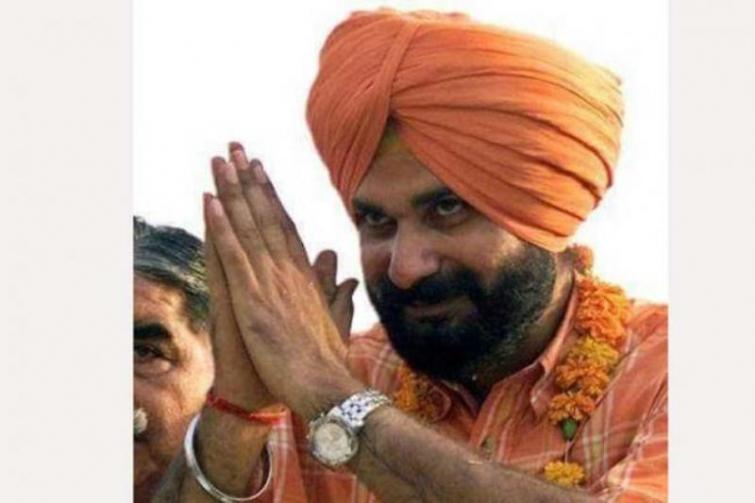 Chandigarh, Feb 18 (UNI) Former chief minister and Shiromani Akali Dal (SAD) patron Parkash Singh Badal on Monday demanded registration of a sedition case against Punjab minister Navjot Singh Sidhu as well as his expulsion from the state cabinet for giving a clean chit to Pakistan and its intelligence agencies in the Pulwana terror attack case.

Chandigarh, Feb 18 (UNI) Former chief minister and Shiromani Akali Dal (SAD) patron Parkash Singh Badal on Monday demanded registration of a sedition case against Punjab minister Navjot Singh Sidhu as well as his expulsion from the state cabinet for giving a clean chit to Pakistan and its intelligence agencies in the Pulwana terror attack case.

Addressing newsmen in the precincts of the Vidhan Sabha, the former chief minister said Sidhu had committed an anti-national act by stating Pakistan could not be held responsible for the act of terror despite the Pakistan government’s open patronage and support to the Jaish-e-Mohammad outfit which has claimed responsibility for the same. “A sedition case should be registered against him and he should be proceeded against immediately”, he said.

Mr Badal also asked Congress president Rahul Gandhi to shunt out Sidhu from the Punjab cabinet. He said it was strange that while Rahul had condemned Pakistan, his party’s minister in Punjab was defending Pakistan’s terrorist acts on Indian soil.

“The Congress party should make an example of Sidhu or so that in future no elected representative can ever indulge in any act which comprises the security of the nation and disrespects our armed forces personnel”, he added.

Meanwhile, briefing newsmen when denied entry into the Assembly after not being allowed to table a resolution calling for declaring Pakistan a terrorist State, senior SAD leader Bikram Singh Majithia said the entire country was one in grief after the Pulwama attack.

“Today in the Assembly we wanted to table a resolution urging the Centre to declare Pakistan a terrorist nation and also take strictest possible action against the rogue nation for sponsoring terrorism in India. We also wanted to condemn Congress minister Navjot Sidhu for continuing to defend Pakistan and insulting the country’s martyrs. Our Deputy leader Parminder Singh Dhindsa requested time for the same and was assured by the Speaker that he would be allowed to speak. Subsequently, a Congress MLA was allowed to table a resolution but the same courtesy was not extended to us. There cannot be two rules in the Vidhan Sabha. We condemn this and ask the Congress party why it did not allow this nationalistic resolution to be tabled in the assembly,” the SAD leader added.

Mr Majithia, who was accompanied by all SAD-BJP MLAs, said same as there could not be two rules, similarly there could not be any contradiction on an issue of national security within the Punjab government. “While Chief Minister Capt Amarinder Singh has condemned Pakistan and even announced that he would teach a lesson to Pak army chief Qamar Bajwa if he tried to create mischief in Punjab, his cabinet colleague Navjot Sidhu announced that the Pakistan government and its army did not have any role to play in the Pulwana attack.

'We wanted to bring this before the House and expose Navjot Sidhu’s double standards but were not allowed to do so. We also wanted a clear statement from the government on this issue. No government can speak in two voices. We want answers. Does the Congress government respect the martyrs? If it does how does it explain Sidhu’s action and why no action has been taken against him till now,” he added.