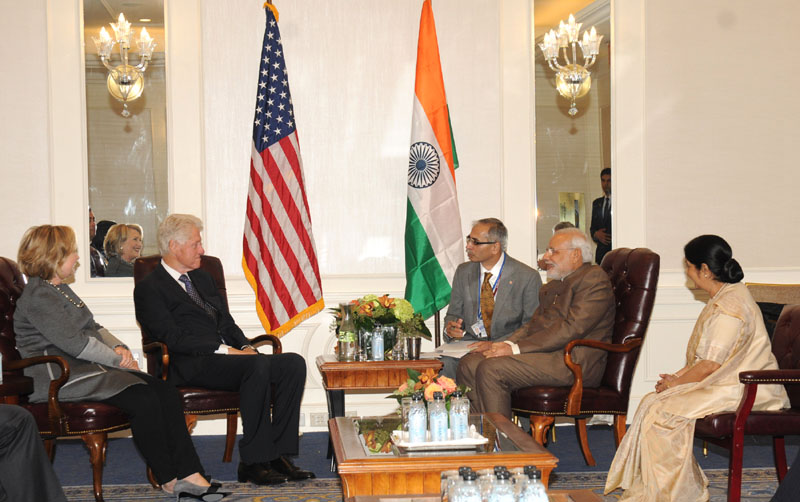 Earlier, Modi, who is on a five-day visit to the United States, met top American CEOs over a powerful breakfast meeting to pitch for investment to develop India's infrastructure.