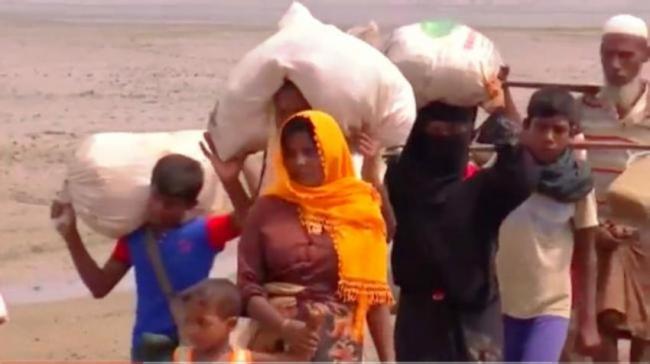 Guwahati, Jan 22 (IBNS): While India starts deportation process of Rohingyas to Myanmar, who are illegally residing in India, shocking news has come to light that, over 12,000 Rohingyas are still residing in Jammu and Kashmir pose a threat to national security.

This shocking data was revealed by a Rohingya named Md. Arif, who was arrested with another 29 Rohingya Muslims by the Karimganj district police from a Guwahati-bound passenger bus at Churaibari area along Assam-Tripura border on Monday night, when they were trying to move Delhi via Guwahati.

Md Arif said that they had entered into India in 2012.

According to the reports, the Rohingyas were detained by police from a Guwahati-bound passenger bus (AS-25CC-8685) which came from Agartala at Churaibari area in Karimganj district.

Additional Superintendent of Police (ASP) of Karimganj district Inom Saikia, police arrested the Rohingyas from a Guwahati-bound bus along Assam-Tripura border during routine check up.

“They disclosed their identities as Rohingyas. Our investigation is going on into the matter. During the preliminary investigation we get information that, they were planning to go to Guwahati from Agartala. The arrested Rohingyas revealed that, they entered into India in 2012 and stayed in Jammu and Kashmir,” the police officer said.

On Jan 3, five Rohingyas, including two women, were deported to Myanmar via Manipur’s Moreh along Indo-Myanmar border.

In October last, seven Rohingyas were deported to Myanmar through Moreh along Indo-Myanmar border.