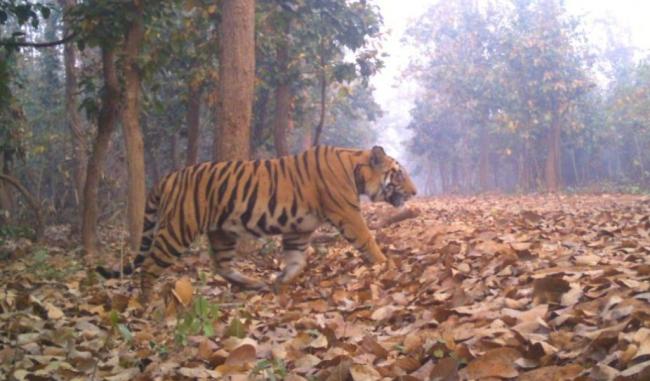 According to the reports, the police first arrested two persons after intercepting a vehicle on the basis of intelligence inputs and found some wildlife parts. .

During interrogation the arrested persons revealed that some more  tiger bones and skins were kept in a  house owned by one Dilip Singh at Kohora  near Kaziranga National Park.

The officials of Assam forest department and police then jointly raided the house and recovered a huge quantity of tiger bones.

They have  revealed that they had killed a tiger at Anjukpani area along Nagaon-Karbi Anglong district border and were trying to sell the body parts  to wildlife traffickers.

“We were informed that, a team of poachers was coming from Rongmongwe and delivered some wildlife parts to a person. Following the information, the Jakhalabandha and Bagori police  intercepted a vehicle and arrested five persons with some wildlife parts. Following their inputs, we  recovered some tiger bones and skins from a house owned by Dilip Singh and arrested him and another person,” Rohini Saikia, Divisional Forest Officer of Kaziranga National Park said.