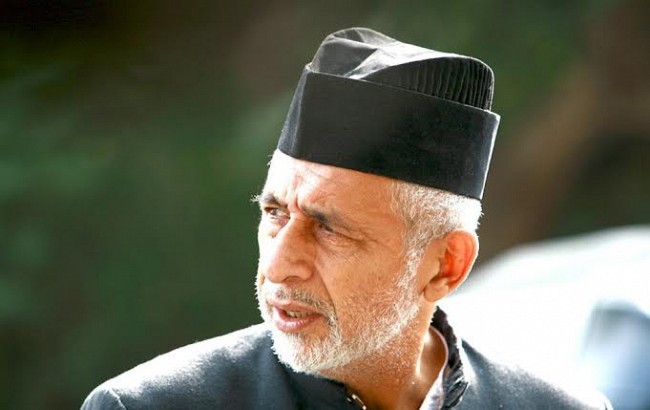 The protesters shouted slogan against Shah at the venue. Shah is facing a backlash after his comments on cow slaughter being more important than a policeman's life and how he fears for his children in today's India.

According to The Indian Express, Raas Bihari Gaur, co-ordinator of the festival, said, “Shah was scheduled to inaugurate the festival but he did not come because of the protest by some locals over his comments.”

This comes on the same day as an outfit in Uttar Pradesh buying plane tickets to Pakistan for the veteran actor.

Amit Jani, president of the outfit has booked Shah a ticket to Karachi on August 14, Pakistan's Independence Day, The Times of India said.

Jani said he did this so that "India has one less traitor."

On Monday, in an interview with Karwan-e-Mohabbat, Shah said: "There is complete impunity for those who take law into their own hands. In many areas we are witnessing that the death of a cow is more significance than that of a police officer."

On December 3, police inspector Subodh Kumar Singh and a student, Sumit Kumar, were killed in mob violence in Uttar Pradesh's Bulandshahr district after cow carcasses were found. Local Bajrang Dal leader Yogesh Raj is the main accused in the case.

“I feel anxious for my children because tomorrow if a mob surrounds them and asks, ‘Are you a Hindu or a Muslim,’ they will have no answer. It worries me that I don’t see the situation improving anytime soon,” he said.

"Naseeruddin Shah is a good artist," he said. "In one of his movies, he played the role of a Pakistani agent. I think he is growing into that character now."

Shah played a Pakistani spy in the 1999 film Sarfarosh in which his performance was widely praised.

Defending his statement, Shah on Friday said: “What I said earlier was as a worried Indian. I have said this earlier as well. What did I say this time that I am being called a traitor? It is very strange.”