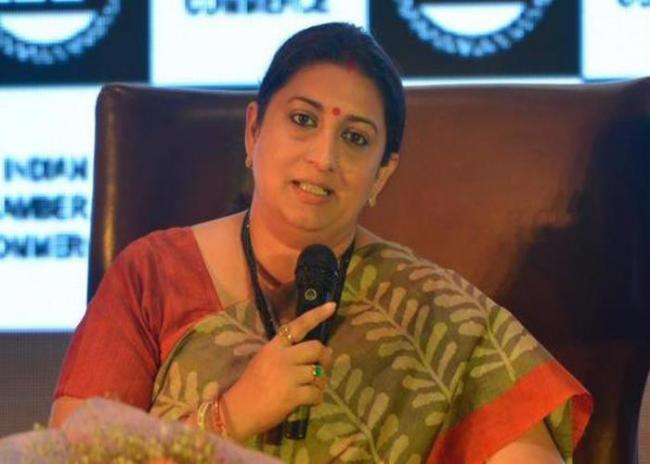 Why Congress is running away from parliament debates over Rafale? Smriti Irani questions

Kolkata, Dec 17 (IBNS): Responding to the Congress' demand of a Joint Parliament Committee (JPC) probe into an alleged corruption in the Rafale deal, union minister Smriti Irani on Monday asked why the main opposition party is shying away from parliamentary debates.

Briefing media about the Supreme Court's judgement, which favoured the central government, on Rafale (buying of 36 fighter jets by India from France), Irani said: "The Bharatiya Janata Party (BJP) is asking for a debate but why the Congress is running away from it."

Giving a shot in the arm of the Narendra Modi government which is suddenly on the back foot after suffering electoral reverses in state polls, the Supreme Court on Friday rejected all the pleas which sought a probe into the Rafale deal.

The top court said there is no need to doubt the process and interfere in the pricing of the deal which has been picked up by Congress president Rahul Gandhi as a political ammunition to attack Modi ahead of the 2019 general elections.

Attacking Rahul for "doubting Air Force officers", Irani iterated BJP national president Amit Shah's words saying, "For last one year, Rahul Gandhi doubted Air Force officers so he must tell the country what was his source of information. He must tell people who inspired him to dig at the Air Force so that he disrespected India's internal security at the international level. He must tell the reasons for involving himself in the conspiracy of not letting the country get fighter jets."

"From 2007 to 2014, why didn't the United Progressive Alliance (UPA) government conclude the works of fighter jets despite the Air Force repeatedly saying they needed to enhance their capacity? Why the Congress allowed the country to get weaker from 2007 to 2014 to fight with the enemies?"

The minister also claimed the Supreme Court verdict proved that the Rafale jets were bought by the BJP government at a cheaper price than what was discussed under the Congress-led UPA rule.