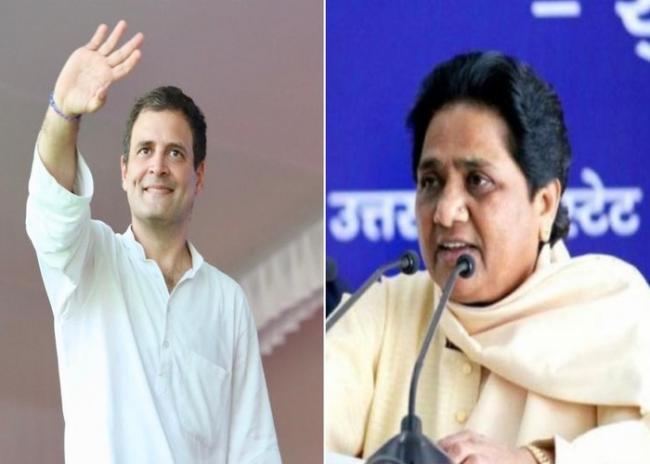 Bhopal, Dec 12 (IBNS): Giving no chance to the Bharatiya Janata Party (BJP) to smell power in Madhya Pradesh, Bahujan Samaj Party (BSP) chief Mayawati on Wednesday said she will support the Congress to form the next state government.

As the election results were declared on Tuesday, the Congress emerged as the single largest party by winning 114 seats, two short of the simple majority.

The BSP, which has two seats, will help the Congress to cross the rope.

Mayawati said her party will try not to give the BJP, which won 109 seats, a chance to form the government. She also alleged the BJP had been trying to do horse-trading since Tuesday.

Immediately after Mayawati's announcement, outgoing Madhya Pradesh Chief Minister Shivraj Singh Chouhan said the BJP won't stake claim to form the government as his party failed to get the majority.

Chouhan, who served the state for three consecutive terms, sent his resignation to Governor Anandiben Patel.

Accepting defeat, Chouhan said: "I am solely responsible for the defeat of the BJP."

Meanwhile, Congress' state unit chief Kamal Nath on Tuesday night itself sent a letter to the Governor to stake claim to form the government.

Nath and party leader Jyotiraditya Scindia are the two top contenders for the next Chief Minister's post.