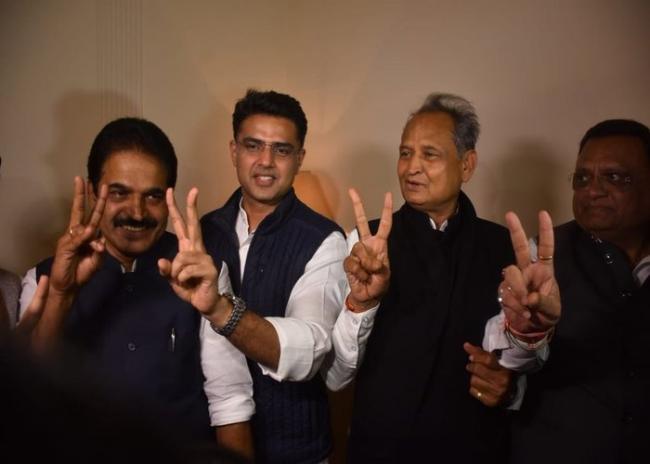 The Congress' legislature party will meet in Jaipur, the state capital, to take a call on the Chief Minister.

One media report even claimed the new Congress Chief Minister might take oath on Dec 13.

What happened in election results?

The results of 199 seats in a 200-member assembly elections were declared on Tuesday. Election in Alwar's Ramgarh constituency was postponed due to the death of Bahujan Samaj Party (BSP) candidate.

However, the Congress is set to form the government as it would get support from other smaller parties.

Bahujan Samaj Party (BSP) chief Mayawati has said her party will support the Congress to keep the BJP out of power.