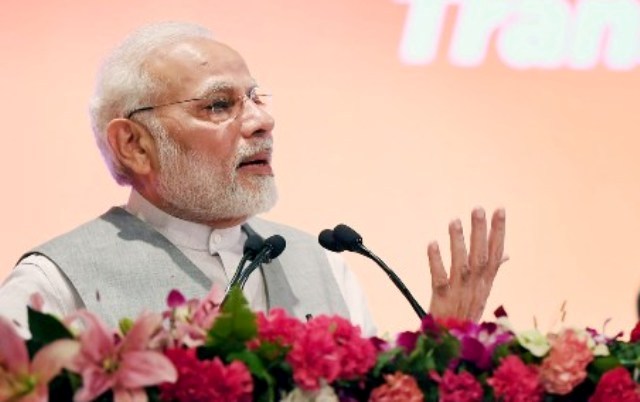 New Delhi, Dec 11 (IBNS): Prime Minister Narendra Modi on Tuesday evening congratulated the Congress, the TRS and the MNF for the victories in the Assembly elections and said the BJP "accepted the people's mandate with humility".

This is the first reaction of the Prime Minister on the elections. He had not said a word on the elections in the morning while speaking to the media before the start of Parliament's winter session.

"I thank the people of Chhattisgarh, Madhya Pradesh and Rajasthan for giving us the opportunity to serve these states. The BJP Governments in these states worked tirelessly for the welfare of the people," Modi said on Twitter.

Congratulations to the Congress for their victories.

Congratulations to KCR Garu for the thumping win in Telangana and to the Mizo National Front (MNF) for their impressive victory in Mizoram.

Stating victory and defeat were part of life, Modi said: "Today’s results will further our resolve to serve people and work even harder for the development of India."

Speaking to the media, earlier in the evening, Congress president Rahul Gandhi had congratulated the BJP governments for their work in Chhattisgarh, Rajasthan and Madhya Pradesh over the years.

BJP president Amit Shah, however, only had congratulatory words for the TRS.

"Congratulations to Shri K. Chandrashekar Rao ji and @trspartyonline for the impressive victory in Telangana assembly elections," he tweeted.

While counting is still in its last stages, the MNF has won in Mizoram and the TRS in Telangana. The Congress has clear victories in Rajasthan and Chhattisgarh and it is almost certain to win in Madhya Pradesh after a neck-to-neck fight with the incumbent BJP.