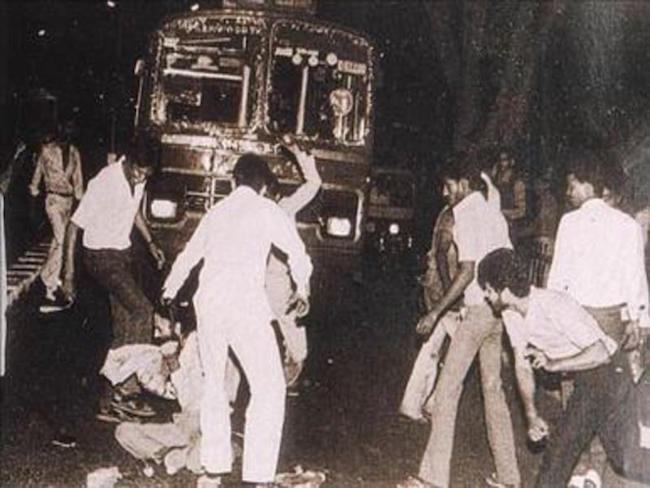 New Delhi, Nov 15 (IBNS): Almost three decades and half since the nationwide anti-Sikh riots of 1984 in the wake of Indira Gandhi's assassination, a Delhi court has convicted two men in connection with the killings of two Sikh men in 1984 at Mahipalpur village in south Delhi during the massacres, media reports said.

These are the first convictions by the Special Investigation Team (SIT) which was constituted by the home ministry in 2015 to probe into the 1984 anti-Sikh riot cases.

The judge, while delivering the judgement, said as he has been quoted by The Times of India, "The common objective of the unlawful assembly, among others, was to murder people of the Sikh community, which is clear from the slogans raised by its leaders and the manner in which the members carried out its objective."

The two men who had died in the anti-Sikh riot were Hardev Singh and Avtar Singh. The two were then 24 and 26 respectively.

The anti-Sikh riots had erupted in different parts of the country following Indira Gandhi's assassination by her Sikh security guards in the wake of the army operation in the Amritsar Golden Temple to flush out terrorists. The pogrom claimed at least 3,000 lives across the country.

According to US-based Human Rights Watch, successive Indian governments’ failure to prosecute those most responsible for killings and other abuses during the 1984 anti-Sikh violence highlights India’s weak efforts to combat communal violence.

Before the Modi government took over, ten government-appointed commissions and committees have investigated the deadly attacks against thousands of Sikhs in 1984 following the assassination of Prime Minister Indira Gandhi by her Sikh bodyguards.

Independent civil society inquiries found complicity by both police and leaders of Gandhi’s Congress Party. Yet, decades later, only 30 people, mostly low-ranking Congress Party supporters, have been convicted for the attacks that resulted in thousands of deaths and injuries. No police officer was convicted, and there were no prosecutions for rape, highlighting a comprehensive failure of the justice system, the HRW said.

HRW said ictim and witness accounts and affidavits placed Congress Party leaders at the site of rioting, actively participating in the violence or instigating the mobs. It said numerous affidavits submitted to Nanavati commission accused Congress parliament member Sajjan Kumar of instigating rioting mobs to kill Sikhs, and loot and burn their property.