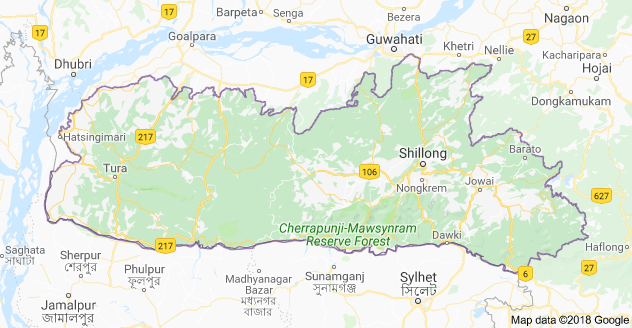 In a joint operation launched by the Border Security Force (BSF), police and civil administration have destroyed the cultivated hemp at Kuligaon village along with Indo-Bangladesh border.

Around 400 hemp plants have been destroyed in the area.

During the operation, a total 14 patches of cultivated land of hemp have been identified but out of which only 3 patches have been destroyed.

A top official of BSF said that, around 400 hemp plant (height approx 10  feet of each plant) were destroyed in the 3 patches of land owned by Durga Hazong, Vishwajeet Hazong and Sujeet Hazong. All are residents of Kuligoan village.

“Around 400 kg raw hemp have been destroyed in the first day of operation. Remaining cultivated patches of hemp have been marked and will be destroyed within short time,” the BSF official said.

Deputy Commissioner of South West Garo Hills said that, the rest operation cannot be continued as it requires huge manpower for destruction of such a huge cultivated hemp in the entire village.

All these cultivated hemp is meant for smuggling purposes.

As a result of hard intelligence, BSF managed to prevent the attempt of smuggling of huge quantity of ganja from India to Bangladesh and also exposed nexus of ganja syndicate in the bordering area.