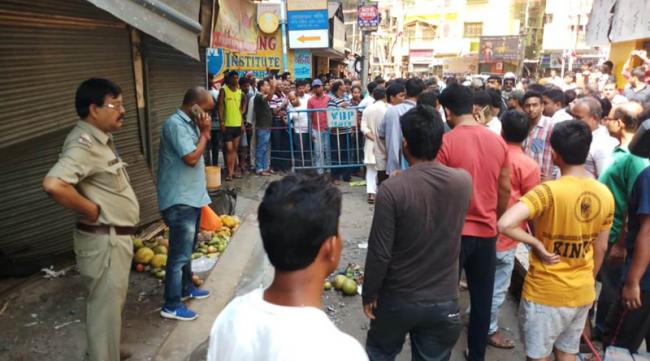 Kolkata, Oct 3 (IBNS): The West Bengal government on Wednesday handed over to the state Criminal Investigation Department (CID) the probe into the low intensity explosion that left a minor boy dead and several others injured in Kolkata's suburb Dumdum area on Tuesday morning, officials said.

According to sources, constituting an investigation team under the leadership of a Deputy Superintendent of Police (DSP)- ranked officer, the state probe agency has already initiated its inquiry into the blast.

Confirming the news, CID's DIG (Operations), Nishat Pervez, told IBNS, "After being instructed by the state government, CID has begun its investigation into the reason behind the explosion."

"Our Bomb Disposal unit visited the scene on Tuesday and collected samples from ground zero. Our investigators will examine the scene and quiz eye-witnesses as well as injured persons today to reconstruct the incident," Nishat Pervez added.

At around 9:30 am. on Tuesday, an eight-year-old boy lost his life, three days before his birthday, and at least nine others sustained serious injuries as a suspected low intensity socket bomb explosion rocked Nagerbazar's congested Kajipara area under Dumdum Police Station limits in Kolkata's neighbourhood South Dumdum.

BJP leaders, however, denied their involvement in the incident.