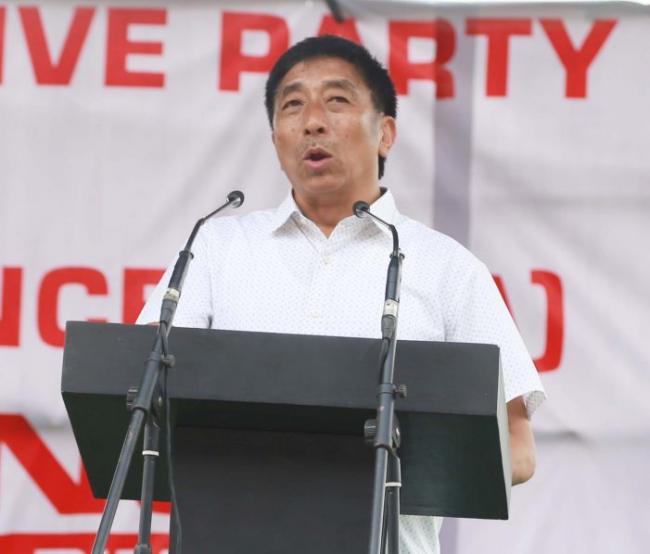 Tokheho Yepthomi, who has also served as a cabinet minister from 1995 to 2008, has won the seat by defeating his Naga People's Front rival C Apok Jamir, son of former Chief Minister SC Jamir, by a margin above 1.73 lakh votes.

Polling for the Nagaland Lok Sabha by poll was held on May 28 with voters’ turnout of above 75 per cent.

The by-election for the lone Lok Sabha seat in Nagaland was necessitated after NDPP leader and present Nagaland Chief Minister Neiphiu Rio had resigned as a Lok Sabha member on February 16 last.

In this by-election, the Congress supported the NPF candidate.

In the last general election held in 2014, Neiphiu Rio, then NPF candidate had won the seat by defeating his Congress rival K V Pusa by a margin of 4,00,225 votes.