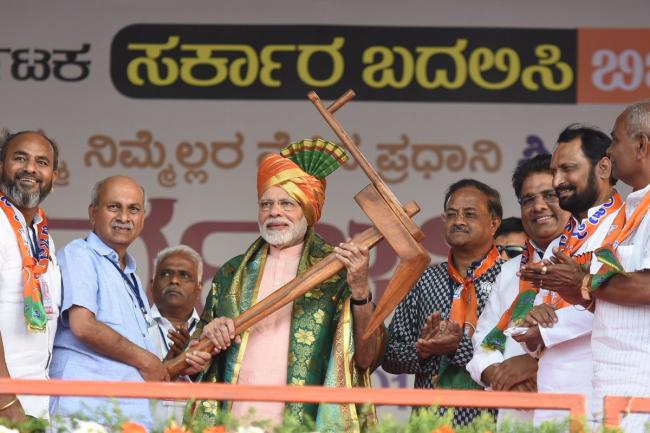 Modi will address the rallies in Kalaburagi, Ballari and Bengaluru.

Both Congress President Rahul and Modi are campaigning hard in Karnataka.

The poll is scheduled to be held on May 12. The poll results will be out three days later on May 15.

Karnataka is one of the last few states which are ruled by the Congress.

BJP, under the leadership of former Karnataka Chief Minister B.S. Yeddyurappa, is eyeing on to return to power.