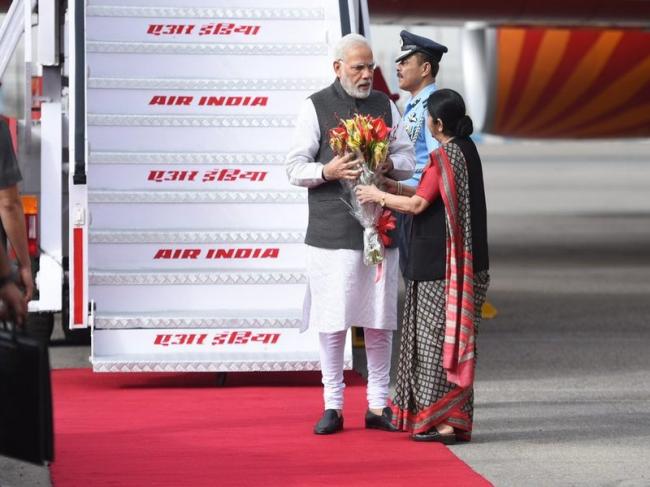 Modi was received by External Affairs Minister Sushma Swaraj at the Delhi airport.

Sweden, the UK and Germany were the three nations where Modi had visited.

He had also participated in the Commonwealth Summit in the UK along with several other global leaders.

Modi, during his stay in the UK, met his British counterpart Theresa May and Queen Elizabeth.

His interaction with German Chancellor Angela Merkel was evident during his stay in Germany on Friday.