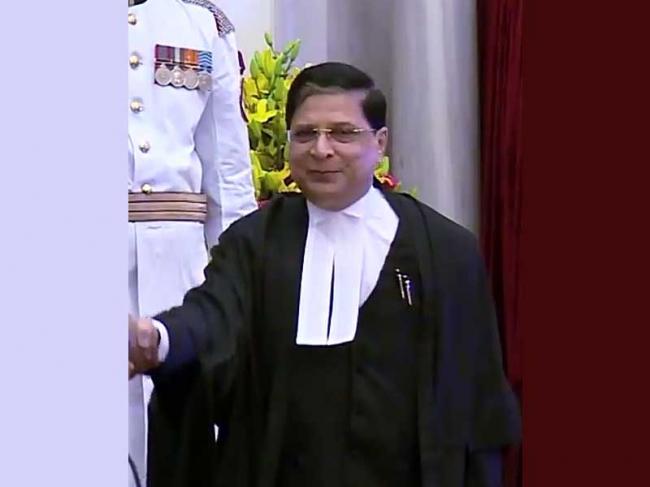 The move comes a day after the SC ruling in the CBI Judge BH Loya’s death case.

He said that 71 MPs had signed the impeachment motion (against CJI) but as seven have retired the number is now 64.

" We have more than the minimum requirement needed to entertain the motion and we are sure that the Hon Chairman will take action."

Azad said the opposition has moved the motion under five listed grounds of misbehaviour.

Congrsess spokesman Kapil Sibal said. : "No other way to protect the institution except the impeachment motion. We are doing so with a very heavy heart: Kapil Sibal

" We wish this day had never come in the fabric of our constitutional framework. Since the day he (Dipak Misra) was appointed as CJI there have been questions raised in the manner in which he has dealt with certain cases," he said.

"We were hoping that the anguish of the judges would be addressed by the CJI. More than three months have passed, nothing has changed."

Meanwhile, the Supreme Court on Friday termed as very unfortunate the public statements, including those made by lawmakers, on impeachment of judges.

"We are all very disturbed about it," a bench comprising Justices AK Sikri and Ashok Bhushan said after the counsel appearing for the petitioner raised the issue of politicians making public statements on impeachment of judges.

The impeachment move has its genesis in the public complaint made by four  senior judges of the top court- Justices Jasti Chelameswar, Ranjan Gogoi, Madan B Lokur and Kurian Joseph-  that cases with far reaching consequences were assigned to selective judges.