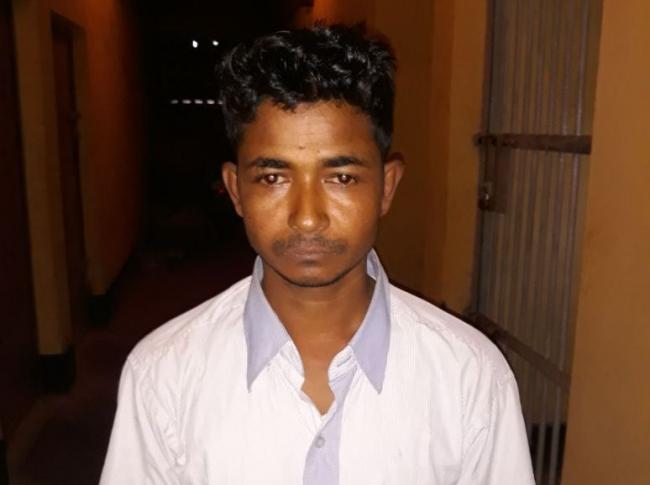 Based on intelligence input about presence of an illegal human trafficker group at Moreh town, a combined team of Commando Moreh and Manipur police CID (Special Branch) along with Moreh Police team led by SDPO Moreh, Sandip Gopaldas Mohurle and Assistant Commandant of 8th Indian Reserve Commando Battalion attached to Commando Moreh, MPS Thomas Thokchom launched an operation at the area and arrested two Rohingyas involved in importing a girl from Myanmar by inducement for exploitation.

The arrested Rohingyas were identified as Md Saifullah (34 years) and Md Salam (25 years) and both are from Arakan region in Myanmar.

The arrested persons did not have any valid documents with them and a mobile phone with Vodafone and coredoo SIM cards. One ADHAR card in the name of Saifullah was seized from them by the security personnel.

Later, the arrested persons and the rescued girl, along with the seized items, were handed over to Moreh police station for further legal actions.