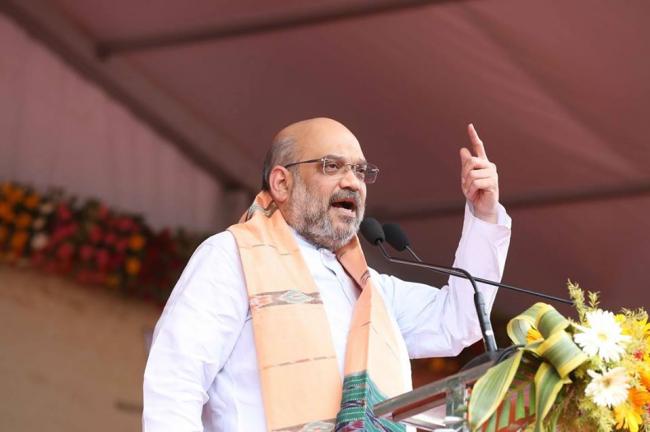 Bengaluru, Mar 30 (IBNS): Bharatiya Janata Party (BJP) president Amit Shah began his two-day visit to Karnataka on Friday ahead of the state election, which is scheduled to be held on Mar 12.

Shah will be busy in attending a number of programmes on the first day of the state visit.

The Election Commission has announced the poll date on Tuesday. The counting of the votes will take place on Mar 15.

Karnataka is one of the last few states where the Congress has a strong hold.

The BJP, which had won several state election in recent times, is aiming to return to power in the southern state.

The state poll has turned out to be close fight between Karnataka Chief Minister Siddaramaiah and BJP's Chief Ministerial candidate B.S. Yeddyurappa.