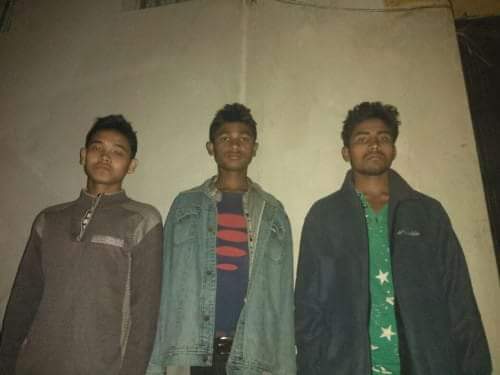 Imphal, Mar 23 (IBNS): Security forces have arrested three Rohingyas from Manipur on the charge of illegally entering India from Myanmar.

According to the reports, the Rohingya persons were arrested near Moreh town in Tengnoupal district, along with Myanmar border on Thursday evening.

The Moreh police and CID (SB) personnel- led by Deputy Superintendent of Police, Moreh, Thomas Thokchom had jointly launched an operation and arrested the Rohingya persons from Moreh Bazar area.

The arrested Rohingyas were identified as Narul Hakim (19 years), Md Kalimullah (19 years) and Sabir Ahmed (20 years) and they are hailing from Baguna area in the Rakhine state of Myanmar.

During the police interrogation, the arrested Rohingyas disclosed that they came from Rakhaine State, Myanmar to Moreh through Bangladesh, Agartala, Imphal, Lilong.

They stayed at the places for about 1 month.

They have been staying at Moreh for about last 10 days and were planning to go to Malaysia.

A case has been registered at Moreh police station.