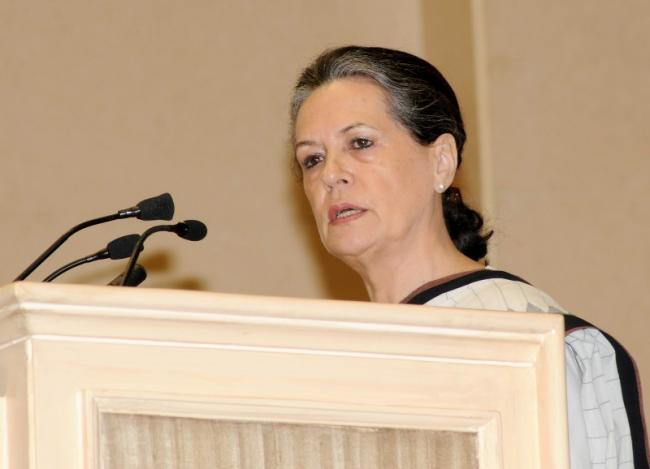 New Delhi, Mar 23 (IBNS) : UPA Chairperson Sonia Gandhi, who had fallen ill on her private visit to Shimla was rushed back to Delhi on Friday morning, media reports said.

The reports said  Sonia, who was in Shimla along with her daughter Priyanka Gandhi Vadra and a Congress leader on a private visit, was rushed  to Chandigarh by road on Thursday late night after she reportedly complained breathing problem. .

The former Congress President reportedly declined to go to the Indira Gandhi Medical College (IGMC) in Shimla for treatment and  insisted to be taken back to Delhi.

She was stable and travelled without stopping anywhere on the way back.

In the morning she flew back to Delhi on a special chartered flight from the Chandigarh International Airport at 8.30 AM, the report said.

Gandhi made often travels to the United States of America for medical check-ups. In 2011, Sonia Gandhi underwent a successful surgery for an undisclosed ailment in the US.

Sonia has quit the post of the Congress president, which she held for nearly two decades. However, she continues to lead the United Progressive Alliance (UPA).