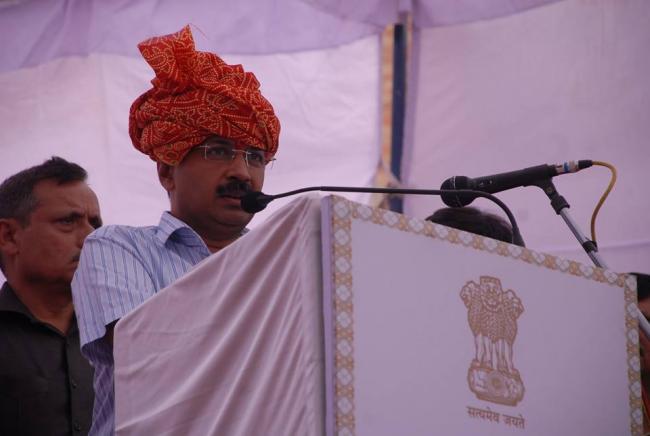 In 2014, Kejriwal had called Gadkari as the most corrupt leader.

In a letter on Monday, Kejriwal has apologised to the Union Minister.

His comment has been quoted by NDTV, "I have nothing personal against you. I regret the same. Let us put the incident behind us and bring the court proceedings to a closure."

He has also asked Gadkari to withdraw the defamation suit.

Apologising to Kapil Sibal and his son Amit Sibal, Kejriwal, who is also the Aam Aadmi Party (AAP) chief, said the allegations made against the two were unfounded.

Kejriwal has been slapped by 33 defamation cases for making allegations against several political leaders.

He was also sued by Union Finance Minister Arun Jaitley who was accused by Kejriwal of being involved in corruption as the Delhi and District Cricket Association (DDCA) chief.

Kejriwal on Thursday apologised to Majithia for saying that the he was involved in drug trade in the northern state.

Majithia, who had sued Kejriwal for the comment, furnished the Delhi CM's apology letter in the court on Thursday.

Following his apology to Majithia,  Punjab AAP President Bhagwant Mann and co-President Aman Arora resigned from their positions on Friday.