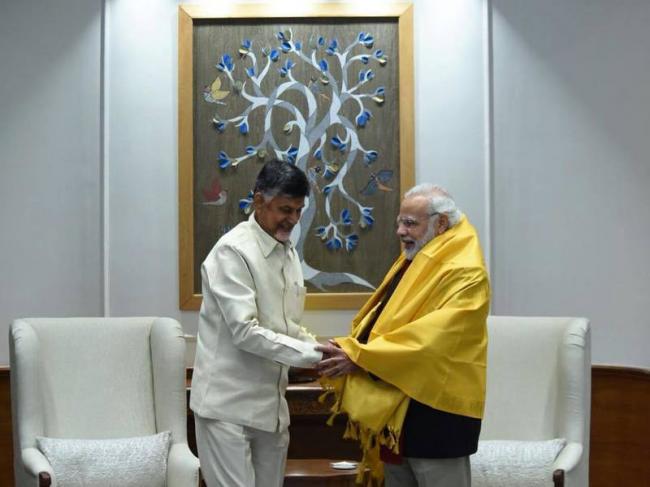 New Delhi, Mar 19 (IBNS): The Central government is all set to face the no-confidence motion in the Lok Sabha on Monday.

Andhra Pradesh Chief Minister Chandrababu Naidu's Telugu Desam Party will pitch the motion against the government in the Parliament.

The TDP sent a notice after the YSR Congress also demanded a trust vote in the Parliament last week.

However, the government has the numbers in the Lok Sabha and the motion is unlikely to trouble it even if it is supported by other opposition parties.

Extending support to the motion, West Bengal Chief Minister Mamata Banerjee said in a tweet last week, "I welcome the TDP's decision to leave the NDA. The current situation warrants such action to save the country from disaster."

"I appeal to all political parties in the Opposition to work closely together against atrocities, economic calamity and political instability" the TMC chief added in a follow-up tweet.

AIMIM leader Asaduddin Owaisi tweeted, "MIM party will support the No Confidence motion in Lok Sabha today not only for failure on part of Modi Govt to implement the State Reorganisation Act but failure to fulfill their promise to provide employment to youth and for injustice to Muslim Women and Minorities."

CPI-M General Secretary Sitaram Yechury tweeted, "CPI(M) supports the no-confidence motion being brought against the BJP government. Its betrayal of the promise of special status for Andhra Pradesh is inexcuseable. Its all-round failure and evasion of parliamentary accountability needs to be highlighted."

TDP chief N Chandrababu Naidu on Friday announced the exit of his party from the NDA over the demands of a special status for Andhra Pradesh.

The TDP leaders have also stated the relation with the BJP, which heads NDA, has ended.

The TDP has also stated the by-poll defeats of the BJP in Uttar Pradesh clearly state that people do not have confidence in the BJP.

The TDP has currently 16 MPs in the Lok Sabha.

TDP was once a crucial ally of the BJP in the south.