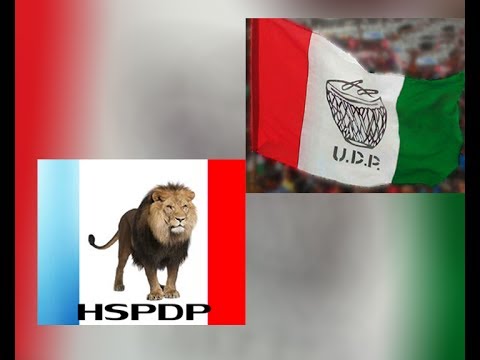 Shillong, Mar 5(IBNS): Just a day before the swearing-in ceremony in Meghalaya, the Hill State People's Democratic Party (HSPDP) on Monday refused to support NPP in a coalition government if BJP takes part in it.

“We want a non-Congress and non-BJP government,” Basaiawmoit said.

The HSPDP chief also said that UDP did not consult with his party before proposing Conrad K Sangma’s name as the Chief Minister.

Following the meet, Prasad had asked Conrad K Sangma to form the next government on March 6.

The team led by Conrad K Sangma also submitted a list of 34 newly elected MLAs including two of HSPDP to support Conrad to form new government.

However there will no effect to the NPP-BJP led alliance after HSPDP’s decision.

Meanwhile, Conrad K Sangma will be sworn in as the new Meghalaya Chief Minister on Tuesday.

The swearing-in ceremony will be held at Raj Bhawan in Shillong where BJP President Amit Shah, Union Home minister Rajnath Singh and several BJP leaders will be present in the function.

Sources said that 11 ministers will be inducted in the new government.