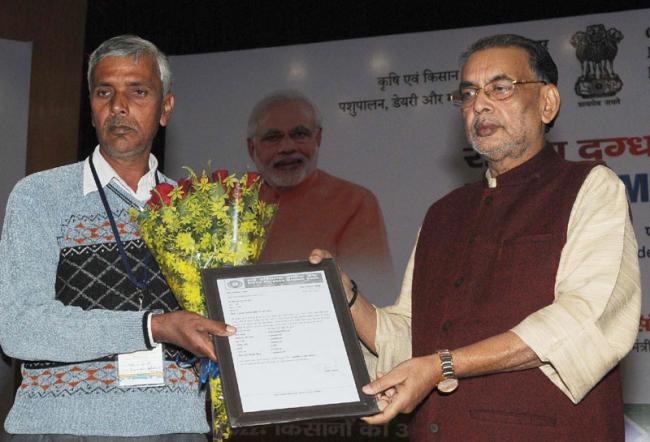 Government committed to doubling farmers income by 2022 so that they can live a life of happiness and prosperity: Union Agriculture Minister

New Delhi, Feb 27 (IBNS): The Indian Government on Tuesday said it is committed to doubling farmer’s income by 2022 so that they can live a life of happiness and prosperity.

The Agriculture Minister appreciated the work of Govind Ballabh Pant Agriculture and Technology University, Pant Nagar and said the university has found a place in 200 best universities of BRICS countries in the year 2016.

As recently as this month, the university was also rated in the 350 best universities in Asia thereby making it only the second Agriculture University to get this recognition.

This university has done remarkable work in the field of agricultural research, education and expansion.

He was appreciative of the fact that for the first time, a seed processing plant has been set up by NSC which will help solve the problem of seed production in hilly regions.

The variety of seeds used in hilly regions are not commercial viable for production in plains.

The transportation of seeds for processing from hilly regions increases the cost of seeds. This processing plant will now be set up in the hilly region which will help seeds of certain species to be developed in the same climate. This will not only increase production but also prevent its extinction.

The Minister said the evolution of some of the mountain crops is due to its special climate where several varieties of medicinal crops have been growing for centuries.

Special varieties of Ragi (mandua), Saawan (zagora), which were on the verge of extinction, are grown.

Singh said it is imperative to give urgent attention to the development and conservation of special variety of crops developed in the hills.

The Government is committed to the agriculture sector and has been pushing for the implementation of schemes that aims to shift priority from production-led to income-led strategy.