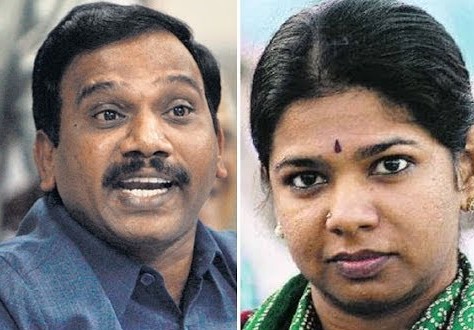 New Delhi, Dec 21 (IBNS): Giving a relief to the Congress and its ally DMK, a special CBI court has acquitted Former Telecom Minister A Raja and DMK leader M Karunanidhi's daughter M Kanimozhi and other accused in the 2G scam case of the previous UPA regime, media reports said.

The accused have been acquitted as the prosecution failed to provide sufficient proofs.