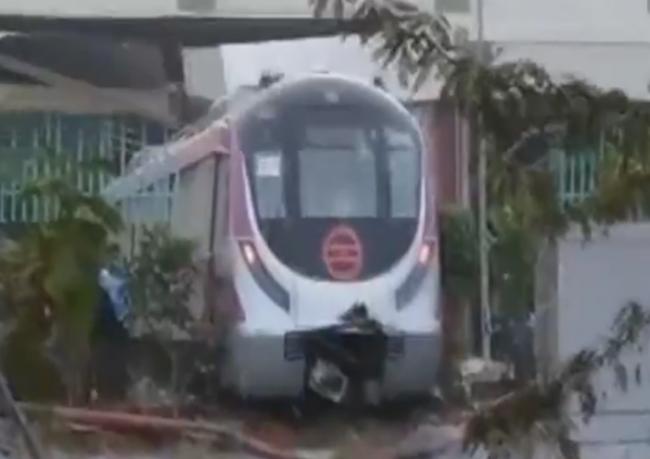 The report said the metro crashed into the wall and was just few feet away from falling on the ground.

The initial investigation report said it was the brake fail which led to the accident.

Two coaches have been badly affected.

The inauguration, which was scheduled on Dec 25, has been put to question.

No one was hurt in the accident.

The Magenta line stretches Janakpuri in Delhi and neighbouring Noida.