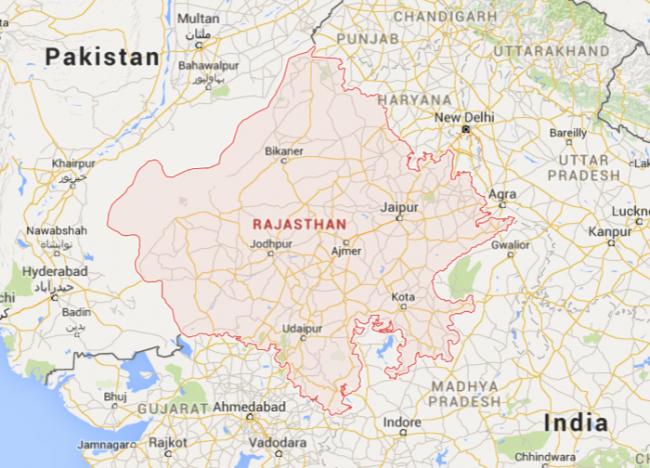 Jaipur, Dec 7 (IBNS) :  Police on Thursday arrested a man  after a  Muslim labourer was  hacked to death in Rajsamand district of Rajasthan on Wednesday over alleged love Jihad, media reports said.

The police found the body and identified the victim as Mohammed Afrazul, 48, from Malda in West Bengal.

A  video went viral on social media that shows a man, who the police identified as Afrazul, being hacked to death.

The assailant in the video, Rajsamand resident Shambhulal Regar, has been arrested.

The Rajasthan Government said that  a Special Investigation Team has been set up to inquire into the incident.

The police have also detained eight aides of the accused and a woman.

A case under Sections 302 (murder) and 201 (causing disappearing of evidence) of the Indian Penal Code has been registered.