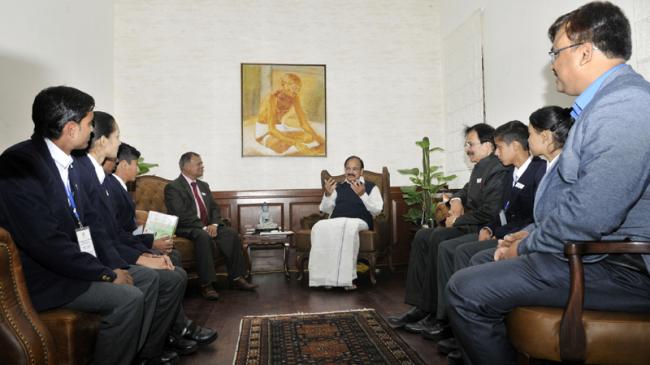 New Delhi, Nov 24 (IBNS): Vice President of India, M. Venkaiah Naidu, during an interaction with a delegation from the National Foundation of Communal Harmony, said that India's strength lies in its unity and integrity.

The delegation met the Vice President on Friday and also presented him a Flag Sticker on the occasion of ‘The Communal Harmony Campaign week’.

The Vice President said, "We have to protect and follow the rich cultural heritage of our motherland which we have inherited from our forefathers."

He said that India's culture is much ancient than many other in the world.

"Irrespective of caste, creed, race or religion we are all one," he added.

The Vice President said that India was once known as ‘Viswaguru’ and students from several countries used to come here and study in Indian universities, such as Takshashila, Nalanda and other centres of learning.

The situation has changed following the Mughal invasions and the British colonization and now the time has come for India to once again emerge as the global knowledge hub, he added.