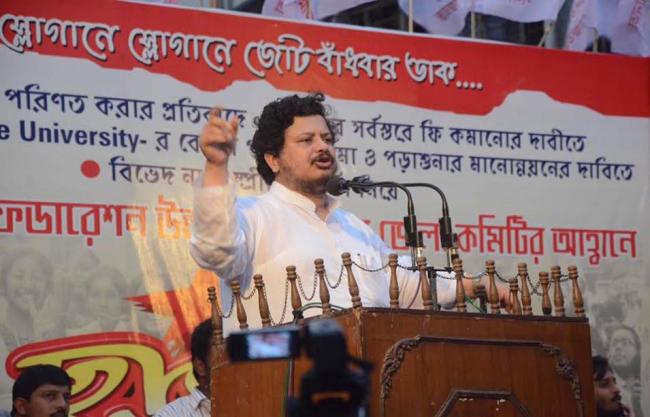 The court has also directed Banerjee to surrender in next three weeks.

Earlier on Oct 5, techie Namrata Datta, who is a resident of Balurghat in South Dinajpur district, alleged that expelled CPI-M MP Ritabrata Banerjee had sex with her several times in Banerjee's Delhi residence in 2016 after the young communist leader promised to marry her.

Banerjee avoided all summons and had appealed for an anticipatory bail at Balurghat court.

Former CPI-M leader Ritabrata Banerjee, however, denied all allegations against him and claimed that the entire matter is a conspiracy against him to malign his image.

The expelled CPI-M leader also lodged a complaint against the woman at Garfa Police Station in Kolkata on Oct 9.