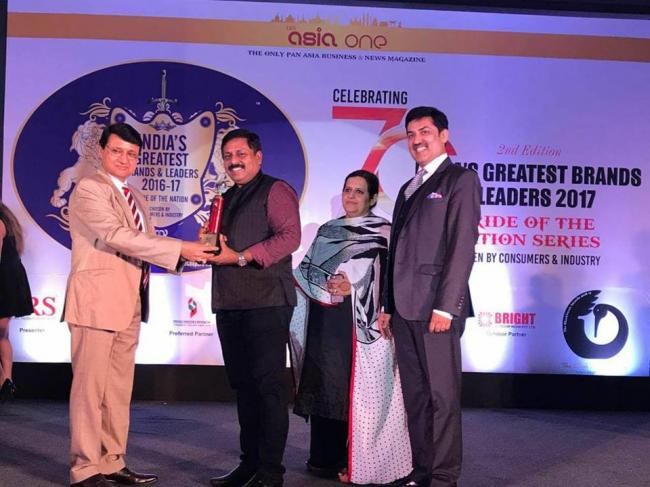 The award was handed over to him recently at an event titled “Celebrating 70 – Pride of the Nation Series Awards and Business Summit 2017” held at the Taj Lands End Hotel, Mumbai.

"It is a special feeling to note that our contributions to the society have been acknowledged. AsiaOne award increases our responsibility to contribute more. It is a team work and wish to dedicate this award to my energetic team members," said Sohan Roy while receiving the award.

AsiaOne Global Indian of the Year 2016-17 (AGOY) is an attempt to recognize the remarkable contribution of Persons of Indian Origin (PIOs) all over the world. AsiaOne selected Sohan Roy for his outstanding contributions in entertainment sector.

Sohan Roy leads the USD 10 billion Project Indywood which aims to elevate the Indian Film Industry to global standards in the next five years through a consortium of 2,000 Indian billionaires and corporates, the organisers said.

Aries Group is one of the largest multinational conglomerates in the Middle East with 45 companies operating in 15 countries.

The group employs close to 1400 people across the globe and 400 alone in India.

The screenplay of Dam999 movie was added to the permanent core collection in library of the Academy of Motion Picture Arts and Sciences (OSCARS).

Besides, he pioneered the concept of building dual 4K multiplexes and 4K Atmos home cinemas in less space, the organisers said.

Sohan Roy, listed as one of the Top Powerful and Influential Leaders in Middle East 2017 by Forbes Middle East, is a member of New York-based International Academy of Television, Arts and Sciences (IATAS).

He also serves as the Advisory Board member to the World Council of CCCI (Cosmopolitan Chamber of Commerce and Industries).