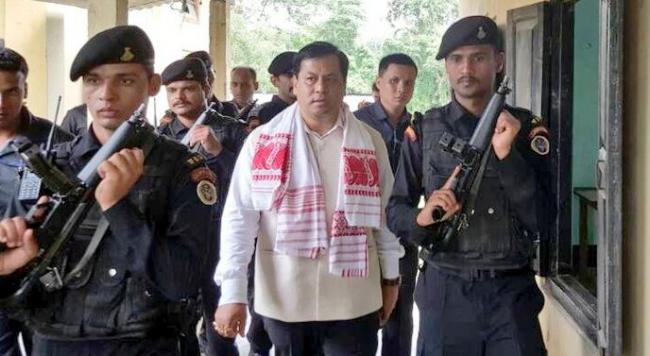 India Blooms News Service | @indiablooms | 11 Sep 2017, 09:57 pm
#SarbanadaSonowal, #Assam, #AssamChiefMinister
Guwahati, Sept 11 (IBNS) : As a precursor to Speaker's Initiative which will be rolled out for the first time in the Assam Legislative Assembly on Tuesday, a meeting of all organizations of tea tribes community, tea planters and leading thinkers was held in the Central Hall of the Assembly on Monday.

Speaking on the occasion, Assam Chief Minister Sarbanada Sonowal reiterated state government's commitment to solve the problems faced by the tea garden community as well as giving a renewed momentum to the tea industry of Assam and called upon the gathering to work with the ‘Team Assam’ spirit.

“Tea garden community is an important part of the greater Assamese society which is significantly contributing to economic growth of the state. Our government is committed to bring in lasting solution to the problems of the tea community and I am hopeful that with joint initiatives from all of us this will come into reality,” the Assam CM said.

Stating that the tea industry of the state is facing serious challenges in present times, Sonowal said that Assam Government has been resolutely working to regain the lost glory of the industry.

Sonowal further mentioned that the government has convened the meeting with an open mind and the suggestions put forth during discussion would be deliberated at length in the Assembly session.

Sonowal also expressed his gratitude to the tea tribes community of the state for their support in overcoming the initial hiccups of demonetization.