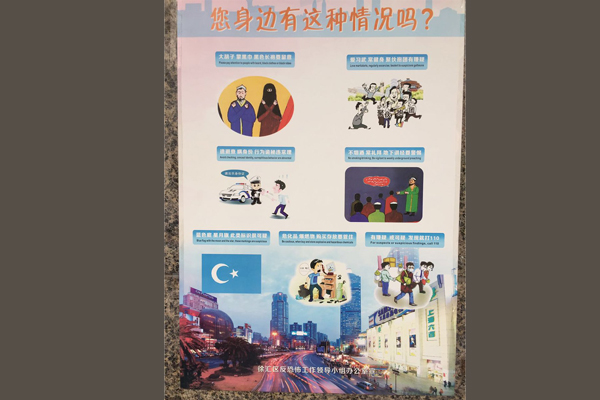 Among other things, the poster contains: "No smoking/drinking: Be vigilant to underground weekly preaching."

The caricatures following the instructions are that of stereotypical image of a Muslim man and a woman.

The poster also described the Uyghur flag as 'suspicious'.

Putting up a Uyghur flag, the poster said: "Blue flag with the moon and the star, these markings are suspicious."

This comes post the crack down on Islamic names, long beards and burqa by the Chinese government.

Over the years, Beijing has riled many human rights watchdogs for its behaviour towards the ethnic Uyghur, who it treats as dissidents.