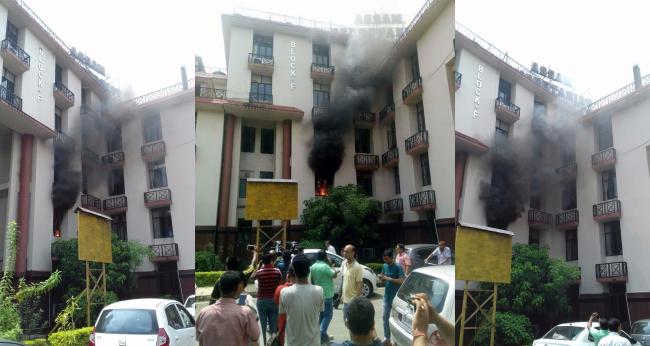 India Blooms News Service | @indiablooms | 31 Aug 2017, 08:16 pm
#Assam, #AssamSecretariatFire
Guwahati, Aug 31 (IBNS): A major fire broke out in the Assam Secretariat complex in Guwahati on Thursday, in which a part of the state finance department office was destroyed.

The official said that, the fire was caused by a short circuit and actual reason will be found out during investigation.

"Several important files and documents were destroyed in the incident," the official said.

No injury or casualty has been reported in the incident.

Later fire tenders were rushed to the area, which brought the situation under control.

Police has started investigation to find out the actual cause of the fire incident.