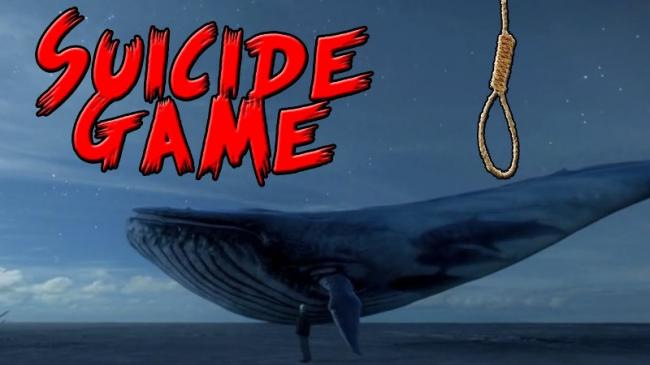 The teen, who hanged himself, also left a suicide note, in which he wrote, "Blue Whale - This is not a game but danger. Once you enter, you can never exit."

Police also found an image of a whale carved into the victim's left arm.

The victim has been identified as Vignesh, a commerce sophomore at a private college.

Meanwhile, at least three Indian cities have found a place in the list of top five cities with most Blue Whale game searches globally.

According to Google Trends data, Kolkata witnessed a 100 percent surge in online searches for the game over the past 12 months.

What's piling up the misery for the Indian government is the inclusion of Mumbai (Maharashtra), New Delhi and Howrah (Bengal) in that list, who take up the sixth, seventh and eight spot respectively.

Paris, hailed as the most romantic city in the world, stands at the tenth position.

Earlier, after the reports of death due to the addictive game surfaced in India, the country's Information and Technology Minister Ravi Shankar Prasad said, 'We have issued clear instructions to all IT platforms to delink from Blue Whale Challenge Game that provokes youth to commit suicide.'

The minister also termed the game as 'unacceptable'.

The Blue Whale challenge is an online game, believed to have originated in Russia.

It is a self-harm game that encourages participants to harm themselves for 50 days before killing themselves in order to win the contest.

The game has so far killed hundreds of teens in Russia and the UK.

Mumbai police are still studying how the game is played.

The Blue Whale Challenge is the brainchild of an arrested Russian national, who admitted to have manipulated impressionable minds to take on the fatal tasks.