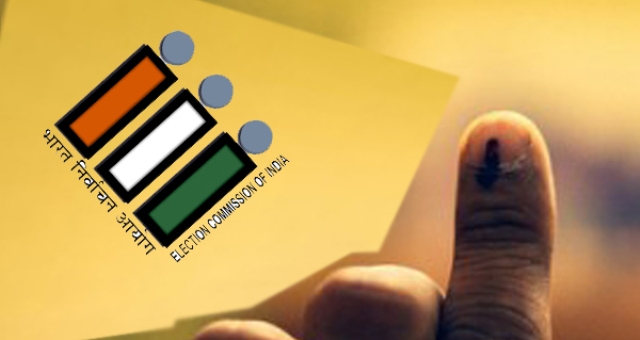 The by-election for Bawana Assembly seat  in Delhi is being held to fill in the vacancy created after  AAP's  Ved Prakash went to the BJP early this year.

The Delhi by poll has turned out to be the prestige battle for Chief Minister Arvind Kejriwal as his party AAP lost the Rajouri Garden seat to the BJP by a huge margin four months ago.

In Goa, voting is on for by-elections in  Panaji and Valpoi constituencies.

The Panaji seat was vacated by Siddharth Kuncolienkar for Chief Minister Manohar Parrikar who had to get elected within six months after assuming  office.

Former defence minister, Parrikar, became CM of the state  following the demands of the allied parties of the coalition government.

Though the Congress was the single largest party in the Assembly election in 2017, the BJP managed to get the support from other smaller parties to form the government.

In Valpoi constituency of Goa, the by election became necessary as the sitting MLA joined the BJP after Parrikar won the floor test in the Assembly.

The Nandyal seat in Andhra Pradesh fell vacant following the death of MLA Bhuma Nagi Reddy which led to the by poll.