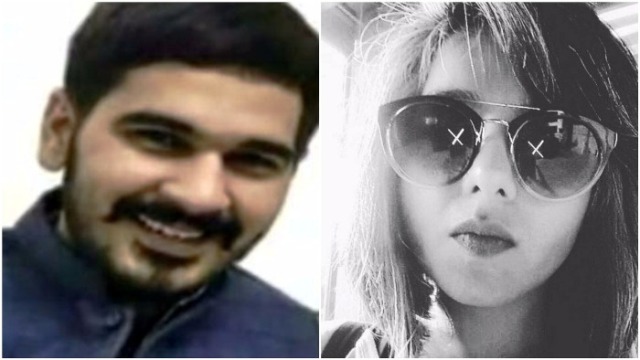 Hours after receiving the summons,  Vikas Barala who is an accused in the Chandigarh stalking case, reached the police station on Wednesday afternoon.

Vikas was summoned by the Chandigarh police on Wednesday morning.

Vikdas' father Subhash Barala said the accused was out of the city this morning leading to the delay in appearance before the police.

Vikas was arrested briefly for allegedly stalking a senior IAS officer’s daughter last Friday night when the latter was returning home in her car.

Both were soon released on bail.

Initially it was reported that the CCTV footage was missing.

However, the police on Tuesday said the CCTV footage of the night is available.

The victim Varnika Kundu, who is a video jockey, alleged that on Friday night her car was followed by a Tata Safari Storm (HR-23G-1008).

According to her, the men driving the SUV were drunk and pulled up close to her car several times.

A day after Vikas  was arrested, BJP's state Vice President Ramveer Bhatti triggered an outrage when he said girls should avoid going out during night to keep themselves safe.

Though Bhatti condemned the incident, he made the remark  in several interviews to news channels.

Haryana Bharatiya Janata Party (BJP) chief Subhash Barala on Wednesday said his son Vikas must be punished if he is found guilty after the complete investigation in the Chandigarh stalking case.

Dismissing the accusation of pressuring the cops, the state BJP chief said: "We are not politicising the case or influencing the investigation."

He even referred to the victim as his daughter-like.