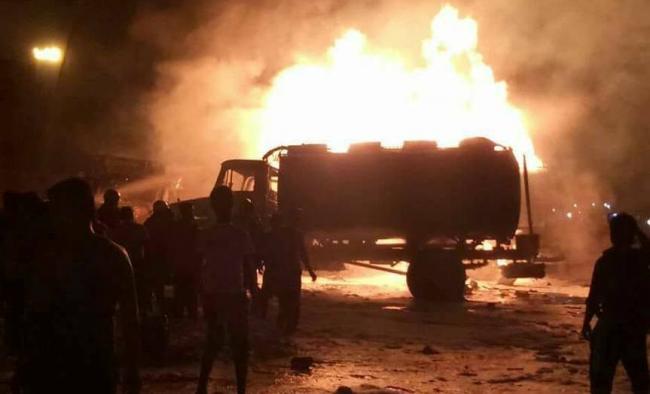 According to reports, an oil tanker caught fire at around 8:30 pm. after a wheel explosion and soon the blaze spread to four other tankers, parked nearby.

More than 10 fire tender engines and local police have reached the scene and firemen are currently tackling the massive fire.

Till the last update came in, the fire has reached to few nearby houses.

"As IOCL's oil storage tank is located very close to the fire zone, we are trying our best to douse the blaze before it reaches to the storage area," a fire and emergency services official told IBNS.

After the fire started, police evacuated nearby areas and electricity has been blocked at the area to avoid further accident.

According to local police reports, no casualty has been reported so far.