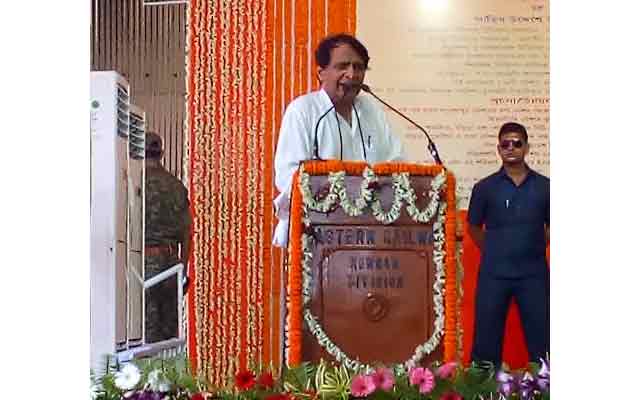 Prabhu also dedicated a number of railway projects and passenger amenities of Eastern, South Eastern and Metro Railways in the region at this programme.

Speaking on the occasion, the minister said, since number of passengers is increasing, need is felt to improve infrastructure related works. 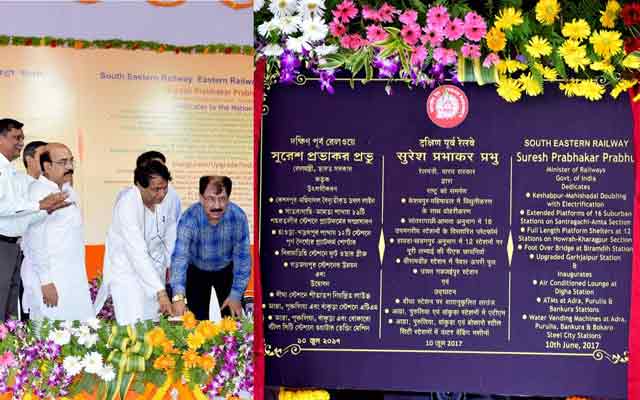 Highlighting the achievements of Indian Railways in the last three years, Prabhu said that the Prime Minister Narendra Modi has paid special attention to overhaul the Railways’ amenities and infrastructureas a part of modernization plan.

Rs. 375,000 crore has been invested in the last three years to improve the Railways’ condition.

Also, Rs. 70,000 crore has been allocated to accelerate the speed of trains up to 200 km per hour; he informed and added that measures have been taken to improve transparency.

Mechanized laundry system has been set up to ensure cleanliness in trains.

A total of 16,500 km doubling of tracks has been completed in the last three years, he added. 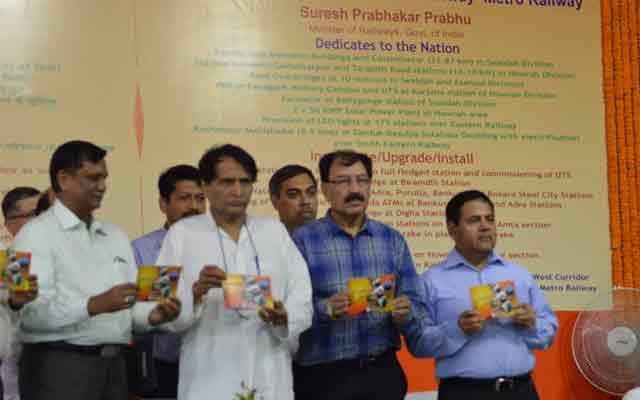