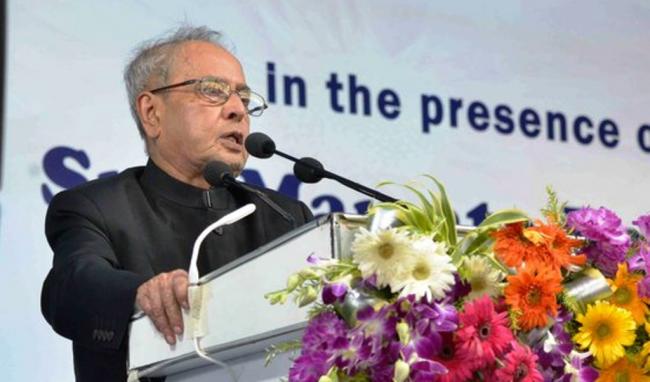 Homeopathy as an alternative medicine is more cost effective as compared to Allopathy: President

He also gave away the 6th Dr Malati Allen Nobel Awards to 16 BHMS toppers from various homoeopathy colleges across the country as well as Bangladesh. On May 27, another 86 promising homoeopaths will be conferred this award in the closing function ceremony.

After conferring the awards, Mukherjee appreciated the efforts taken by Dr G P Sarkar, Managing Trustee, Dr Malati Allen Charitable Trust and Dr Sarkar Allen Mahatma Hahnemann and Swamiji Trust in spreading homoeopathy education and a system of medicine which has emerged as a powerful alternative medicine to heal a number of chronic diseases.

The President said, "Homoeopathy is more cost effective as compared to modern allopathic treatment and   does not have side effects”.

The President in this regard recalled the contribution of Dr John Martin Honigberger, the Romanian Homoeopath practitioner who cured Maharaja Ranjit Singh of Punjab and who arrived at Lahore during 1829-30. He even reminisced how Dr Honigberger introduced the name of Dr Samuel Hahnemann and his healing art to India.

Mukherjee in this context spoke on the efforts of Dr Satish Kumar Samanta, the renowned freedom fighter and MP from Tamluk in introducing homoeopathy widely in the State as an alternative way of treating ailments. He added that even in Rashtrapati Bhavan homoeopathy has been introduced as an alternative medicine for curing chronic ailments along with Unani and Siddha.