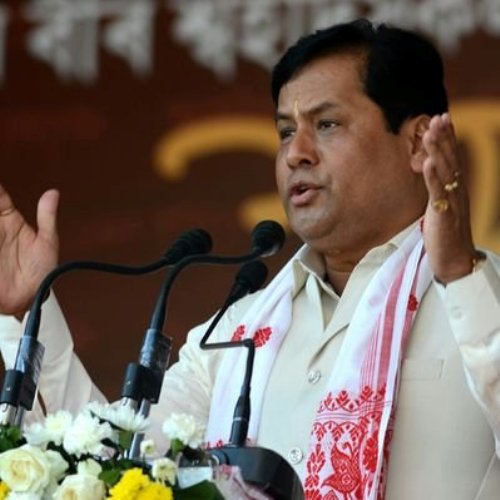 While reviewing the fund utilization of government schemes in a meeting held today in the CM’s conference hall at Janata Bhawan, the Assam CM further asked the departments to take appropriate measures to utilize the fund following due rules and procedures.

Sonowal said that the central government is very much eager to release more funds for expediting development in the state.

“Keeping this in mind, all government departments will have to spend the fund within a fixed time frame” adding that proper use of the fund will have to be ensured,” the Assam CM said.

Sonowal also asked the heads of the departments to visit Karbi Anglong, West Karbi Anglong and Dima Hasao every fortnight to take stock of progress of work and utilization of fund.

Sonowal also directed the concerned Deputy Commissioners to strictly monitor the execution of works to ensure their quality.

The Assam CM reviewed the implementation of PMGSY in the state under which eight thousand kilometres of roads to be constructed connecting 5,766 villages and directed the PWD department to ensure completion of the work within fixed timeframe.

Further as a partner state of the forthcoming International Handloom Expo to be held at Gujarat, the Assam CM also directed the Handloom & Textiles Department to showcase the colourful handloom products of different communities of the state to take it to an international level.

Chief Secretary to the Government of Assam VK Pipersenia and other senior officials of state government were present in the meeting.