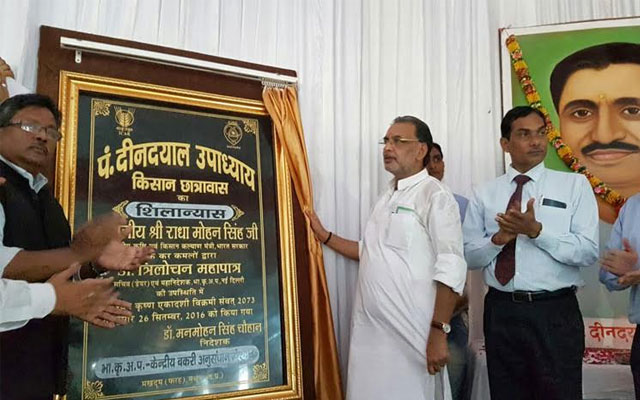 Singh will depart for Berlin, Germany in the late night of Jan 18.

The Global Forum for Food and Agriculture is an International Conference organized by Germany during Jan 19-21 in Berlin on the subject “Agriculture and Water – Key to Feeding the World” which is to be attended by Agriculture Ministers of 65 countries.


G-20 Agriculture Ministers meeting, scheduled for Jan 22, 2017 would focus on the theme of “Agriculture & Water - Digitalization in the Agriculture Sector” and bring together Ministers from the world’s twenty biggest economies to discuss the way ahead for the global agricultural sector.


The Minister will also deliver the inaugural address at the Expert Panel convened as part of the GFFA meeting, apart from bilateral meetings with his counterparts from other countries including Germany, Mexico and Lithuania.