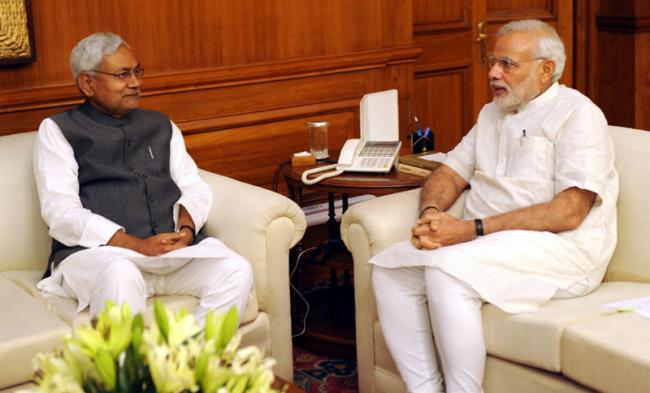 “Nitish Kumar can’t go with the BJP. He is a sensible person,” the RJD chief told the media in Patna on Thursday.

He even subtly reminded Kumar the way the BJP had humiliated him during the last year’s assembly elections by publicly questioning his DNA.

“Prime Minister Naredra Modi had questioned his (Nitish Kumar’s) DNA during the elections. Will the PM now apologise to him for this remark?” asked Prasad, terming reports of him joining the NDA camp as baseless.

Such reports, he added, are aimed at defaming him and claimed the CM was strongly with the Grand Alliance.

Talks of Kumar moving closer to the BJP have gained ground after he strongly supported Modi’s visit to Pakistan, surgical strike and now the demonetisation drive launched by him.