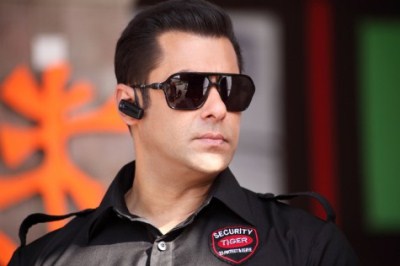 "We are very happy and thankful on Salman’s offer to support Olympic Sports in this country. This association is only a gesture and does not include any monetary consideration," IOA Secretary General Rajiv Mehta was quoted as saying in a statement which is available with the media.

"Our key objective of bringing him on board is to draw maximum attention from the masses, due to which there will be more eyeballs and viewership which will eventually result in popularising Olympic sports in the country," he said.

"Can anyone tell me what is the work of an ambassador. Why are you trying to make people of India crazy," Dutt tweeted.

He said sports legends like PT USha and Milkha Singh have made significant contributions in the arena of Indian sports.

"Sports icons like PT Usha and Milkha Singh have worked hard for the nation during difficult times. But what has this ambassador  done in the field of sports," the 2012 London Olympics bronze medallist tweeted.

The wrestler said grand sporting event like the Olympics was not a venue for film promotion.

Khan, who will soon be seen portraying the character of a wrestler in his upcoming film 'Sultan', has been named as Indian Contingent's goodwill ambassador for the upcoming 2016 Rio Olympics.

MC Mary Kom and Sardar Singh were among others sports icons who were present during the announcement where Salman was named the ambassador for the Indian Contingent.

Khan said non-cricket sports, which are played in Olympics games need to get the support of Indian people.

He said he will try to visit Rio during the event for a while.

The mega sports event is scheduled to commence on  Aug 5 and end on Aug 21.