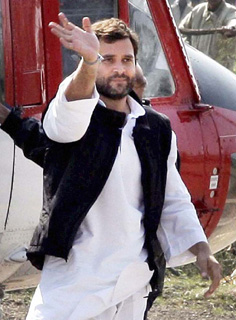 Calling Gandhi a 'joker', Mustafa had demanded his removal  from the post.

After ruling the nation for the pasty 10 years, the Congress suffered a major defeat in the recently held Lok Sabha polls.

Prime Minister Narendra Modi-led the BJP and the NDA to a historic win against the Congress winning a whopping 336 seats in the Lok Sabha election.