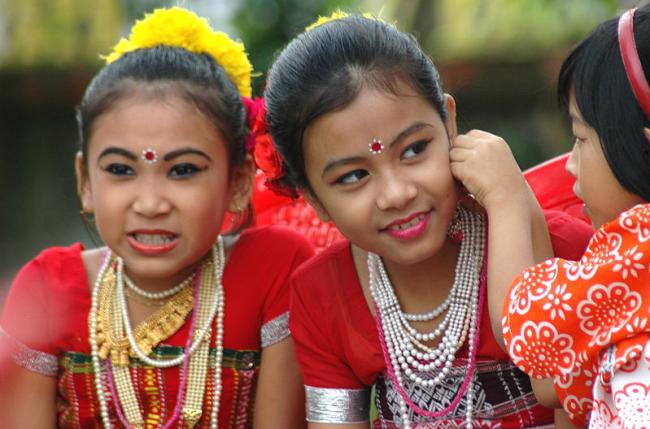 Giriraj Bhattacharjee | | 01 Jun 2015, 04:11 pm
#Tripura, # Final Consolidation
Research Assistant, Institute for Conflict Management The Tripura Government on May 27, 2015, announced its recommendation to the Union Ministry of Home Affairs (UMHA) to issue a notification for the withdrawal of the Armed Forces Special Powers Act (AFSPA), 1958, and the Disturbed Areas Act (DAA), 1967, from the State. The decision followed a go ahead from security agencies in the State.

Referring to the development, Chief Minister (CM) Manik Sarkar observed, on May 27, 2015, "There is a qualitative change in the law and order situation and the development of the State is in take off stage. Peace loving people don't want violence, rather insisted the Government for development at par with rest of the country (sic). So we also reviewed it and found AFSPA need not to be extended anymore ".

Earlier, on May 18, 2015, while making an appeal to shun violence, Chief Minister Sarkar had noted,

. I appeal to all those who are still following the dangerous path of insurgency, that it is examined and proved, this is an incorrect path. Shun arms and come back to normal life and take initiative to start a new life. Try to be established in the society and be a part of the democracy.From our side, we assure you of all positive help. They (militants) tried to spoil the confidence amongst us (tribal and non-tribal). They were cornered by the peace-loving tribal and non-tribal people of Tripura but we must not suffer from complacency since a small section of them are still active. They often try to disturb the internal peace and harmony of the State.

The insurgency raging in Tripura when imposed was in the State. According to theSouth Asia Terrorism Portal (SATP) database, a total of 965 persons, including 731 civilians, 133 SF personnel and 101 militants, were killed between 1992 and 1996 in terrorism-related incidents. Fatalities peaked in 2000, when 514 persons were killed in a single year, including 453 civilians, 16 SF personnel and 45 militants. The State registered a subsequent decline in such fatalities and 2013 was the first year when it did not record a single fatality. However, four fatalities (two civilians and two Security Force personnel) were recorded in 2014. There have been no insurgency-linked killings in the first five months of the current year.

In another sign of the further consolidation of peace, the Tripura Tribal Areas Autonomous District Council (TTAADC) elections organized on May 3, 2015, without a single incident of terrorism-related violence reported during the entire election process commencing on March 31, 2015, with the notification issued by the Office of the Election Commissioner for District Councils. The ruling Left Front won all 28 of the TTAADC seats for which elections were held. The State Government had deployed roughly 13,000 SF personnel on the day of polling, so that voters could cast their votes without fear, and had intensified the vigil along the Indo-Bangladesh border, with the Border Security Force (BSF) of India and Border Guards Bangladesh (BGB) cooperating to prevent any untoward incident.

Significantly, the elections were held amidst demands for a separate tribal State, Twipra Land, to be carved out of the present State. The Indigenous People's Front of Tripura (IPFT), an exclusively tribal party, and the Indigenous Nationalist Party of Twipra (INPT), led by the disbanded Tripura National Volunteers (TNV) militant leader Bijoy Kumar Hrangkhawl, are the main political forces behind the demand. On April 11, 2015, during the TTAADC election campaign, however, Chief Minister Sarkar observed, "The demand for the separate State, Twipra Land, is a dangerous move and is totally unethical. the demand was irrelevant. The slogan is a conspiracy to vitiate the unity and integrity between tribals and non-tribals."

This demand was revived after the formation of a separate Telangana State, which was carved out of Andhra Pradesh in South India on June 2, 2014.

The TTAADC consists of about 527 village committees at the grass roots. The Council was first constituted on January 15, 1982, and elected members were sworn in on January 18 in that year.

Further, the 'deputy chief of army staff' of the Biswamohan Debbarma faction of the National Liberation Front of Tripura (NLFT-BM), Atharababu Halam aka Semifa akaBabu, and two armed cadre, 'sergeant major' Uttam Kumar Jamatia aka Wathui and 'corporal' Krishna Mohan Debbarma aka Kiting, surrendered on May 9, 2015, before State Director General of Police (DGP) K. Nagraj. The NLFT-BM is the still violent faction of one of the two groups proscribed by the UMHA. Earlier, on April 5, 2015, another NLFT-BM militant, identified as Prabathari Jamatia, surrendered to the BSF at Chaplingcherra Border outpost in Nutan Bazar in South Tripura District, after escaping from a camp in Bangladesh. Four militants have surrendered in the first five months of the current year, in addition to 31 who had surrendered across the State through 2014.

NLFT-BM, the only surviving splinter group of the NLFT, has a current, estimated cadre strength of 120 to 130.

Meanwhile, for the first time, tripartite peace-talks between NLFT-BM, the State and Union Governments, were held in Shillong in Meghalaya State, on April 4, 2015. The venue of the talks was decided to meet NLFT-BM's demand that the talks should be held anywhere in the Northeastern region, outside Tripura. Intelligence officials described the meeting as 'not fruitful' due to the failure of the top NLFT-BM leadership to participate. Significantly, Biswamohan Debbarma, towards the end of 2014, had addressed a letter to UMHA, expressing the outfit's desire to surrender en masse to the Centre, and negotiate terms and conditions of the surrender through peace talks. There have been no further developments after the April 4 meeting.

The other outfit proscribed by UMHA, the All Tripura Tiger Force (ATTF), with only 3-4 cadres left, is now largely inactive. The last violent incident attributed to the group dates way back to April 2, 2009, when a blast took place targeting a BSF patrol party in the Amar area in the North Tripura District along the Tripura-Bangladesh border. There was no report of any fatality in the blast.

Prime Minister Narendra Modi, impressed by the State's successful anti-insurgency campaign, on December 1, 2014, requested Chief Minister Sarkar to send him a detailed note on how his Government had tackled the insurgency. Modi also asked the Chief Minister to provide success stories of the State's development, which could be replicated in other parts of the country. In reply, Sarkar stated, "we highlighted our achievement in tackling insurgency before him. We had given free hand to the security personnel to deal with the insurgency firmly. Side by side, the security personnel were asked not to harm innocent people in the name of onslaught against the insurgents."

While the turnaround in Tripura predated improved relations with Bangladesh, it was consolidated as a result of active Bangladeshi cooperation since the Awami League Government headed by Sheikh Hasina Wajed came to power in 2009. In the past, militants had used their bases across the Indo-Bangladesh border to launch violent attacks in the State. Tripura DGP K. Nagraj, acknowledging the Bangladeshi role, observed, on January 5, 2015, that the State succeeded in neutralizing several militant outfits due to cooperation from Bangladesh, and that Bangladeshi security forces had destroyed several camps of the banned NLFT and seized huge caches of arms and ammunition.

However, the persistence of an estimated 32 militant camps, including 21 belonging to NLFT, in Bangladesh still poses some risk. That NLFT-BM continues to operate out of Bangladeshi territory is evident from the fact that NLFT-BM's 'sergeant' Mangal Debbarma killed his comrade Shanti Lal Tripura at Khagrapur village in Khagrachari District in South Eastern Bangladesh, on May 16, 2015. The slain militant played the role of a mediator in the surrender of Atharababu Halam.

Significantly, during an Inspector General (IG) Level meeting on April 25, 2015, BGB requested BSF for the use of Indian roads to establish new Border Outposts (BOP) in difficult terrain across the Chittagong Hill Tracts (CHT) of Bangladesh, near the Myanmar border, to which BSF assured full co-operation. The establishment of such BOPs in CHT is expected to help India in containing militancy in Tripura as well, since most of the surviving camps of Northeast Indian Insurgents group, including NLFT-BM, are located in this region. Further, 782.46-kilometres of the 848-kilometer Tripura-Bangladesh Border have been fenced. It is now imperative that the process of fencing the remaining 65.54-kilometres be expedited.

The dismantling of militant infrastructure and complete border fencing will choke off militant supply lines. However, narrow ethnic politics remains to be combated politically, to ensure that the hard-earned peace in Tripura remains intact.