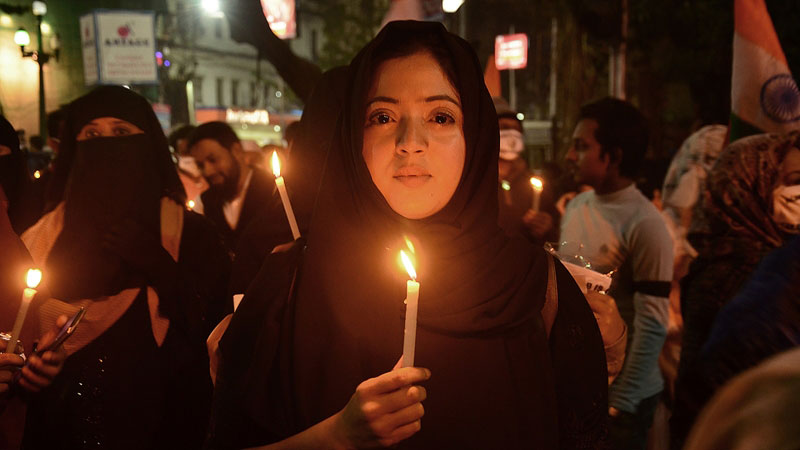 Amid the ongoing row over the uniform of students in Karnataka, most commentators seem to have forgotten how the talented community of Indian Muslim women have not given in to the propaganda around the hijab.

In fact, even when numerous lawyers attempted to woo in Islamic clerics into the conversation with unfair comparisons between a hijab and a bindi/ghunghat, Muslim women of India did not engage correctly believing that the comparison merited no further discussion.

Unlike the hijab, neither of those items of clothing alter the uniform scheme of dressing that a school asks students to subscribe to.

It is noteworthy that in many schools of Karnataka where the guideline has been prescribed as such, the prohibition is only limited to the classrooms and not corridors or canteens or other parts within the school premises.

It is in this context that the demand of clerics for Muslim girl students to wear the hijab even within the classroom is a bullying tactic, aimed at further strengthening the patriarchal structure that has gripped the Islamic community in India.

By constantly bombarding Muslim girl students with the message that the wearing of hijab is far more essential to their existence than their education, the propaganda machinery and Islamic clerics are doing a great disservice to the nation and the society as a whole.

This stand not only smells of patriarchy but is also regressive and hypocritical in nature.

Time and again, numerous civil society organisations have surveyed a vast number of Muslim women and girls and report that such issues are of little concern to the community. Instead, Muslim girls aspire for better security, education and facilities to make their lives easier and uplift their families with themselves as well.

One of the most vociferous critics is the famous Bangladeshi-Swedish author Tasleema Nasrin who believes that the hijab is an attempt to create a mobile prison at all times as punishment for having been born as a female.

Though Article 25 grants the freedom to an individual to practice their religion, most commentators seem to have forgotten that the right is subject to public order, morality and health as well as other provisions. These educational institutions are free to subscribe to a uniform dress code for their students as well.

In a couple of petitions filed before the Kerala High Court, a uniform dress code was prescribed for the All India Pre-Medical Entrance to ensure that no unfair methods could be used.

In any case, an atmosphere is being created to showcase that the rights of the Muslim woman are under a threat.

However, most individuals from the community (especially women) are aware that this is not the case. Instead, the expansion and widening of rights of the Muslim woman that has happened in the last half a decade has never happened in the history of independent India.

After the Triple Talaq judgment of the Supreme Court, Muslim women who had approached the court to outlaw the cruel practice expressed happiness for those women who had suffered due to no fault of their own.

Hailed as a historic judgment, it gave a new lease of life to women who were divorced in this manner. In fact, the court went a step further to state that the government must ratify a new law that guarantees equal rights for women in an Islamic marriage.

With the new law, all propaganda stating that personal laws of Muslims would be interfered with was put to rest and a fair law guaranteeing an equal process was put in place.

Adding to that is the recent law that increased the marriageable age for women from 18 to 21 years, which was a big cause of happiness for different generations of Muslim women that were interviewed.

Ensuring a higher minimum age would ensure that girls get a better chance to move forward in society and studies instead of being thrust into a marriage and childbearing responsibilities at a young age.

Overall, it seems fair to state that the hype surrounding the dress code and hijab ban is one that has been propped up by those with vested interests.

As equal and rightful partners in the Indian society, the Muslim women and girls are aware that this is yet another attempt by patriarchs to ensure that the lofty aspirations and goals that can be met by the talented Muslim girl is far away from her reach.

However, a democratic society that has been founded on ideals of equality and fraternity also ensures that Muslims in India are well-integrated, happy, satisfied and raring to go and achieve even more.