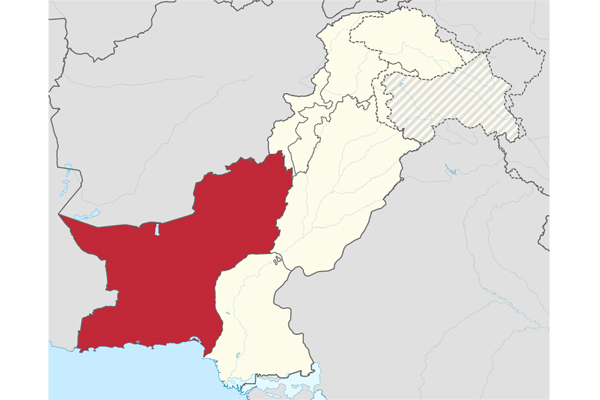 Earlier, on December 21, 2014, at least eight bullet-riddled bodies were found dumped at three separate places across the Province. At Kalzai in Pishin District, three bodies of Afghan nationals were found. Two Baloch bodies were found at Khanozai in the same District. Another three bodies of Afghan nationals, were found dumped near a river in the Baghao area of Ziarat District. Ziarat Assistant Commissioner Abdul Salam Achakzai disclosed. "The bodies bore multiple torture marks which suggest they were tortured before being shot in the head."

According to partial data compiled by the South Asia Terrorism Portal (SATP), based on open media sources, at least 153 bullet-riddled bodies were recovered in Balochistan through 2014, as against 39 such recoveries in 2013. 124 of the bodies found in 2014 where recovered from the Baloch separatist areas of South Balochistan, and 29 from Pashtun-dominated North Balochistan.

The staggering rise in recoveries of such bodies in 2014 was primarily accounted for by the discovery of three mass graves in the Totak area of Khuzdar District. Between January 25, 2014, and April 2, 2014, a total of 103 bodies were recovered from these graves. The bodies were too decomposed for identification. The local people claimed that 169 bodies were found in these graves.

The recovery of these mass graves in Khuzdar has now further confirmed what SAIRhas been highlighting over years, that there is a relentless campaign by the state's covert agencies to target Baloch nationalists and their sympathisers in campaigns of 'disappearances', and a 'kill and dump' policy, both directly and through sectarian/extremist proxies in Balochistan, particularly in the south regions of the Province.

Significantly, prior to 2014, Islamist and sectarian extremist formations were not overtly operating in South Balochistan and none of these outfits had claimed responsibility for any civilian killing in the region. This, however, is now a thing of the past. On May 21, 2014, at least six people, including a Government school teacher identified as Master Hameed, were shot dead when terrorists entered his residence and opened fire, killing him and five of his relatives in the Dasht area of Turbat District. The attack came in the wake of threatening letters sent to private schools by a newly surfaced Islamist terrorist group, Tanzeem-ul-Islam-al-Furqan (TIF, Oragnisation of Islam and the Holy Standard) in Panjgur District, warning the people to completely shut down girls' education or to prepare themselves for "the worst consequences as prescribed in the Quran".

Earlier, on May 13, 2014, four armed TIF terrorists, wearing headbands with Allah-o-Akbar (Allah is Great) imprinted on them, set ablaze the vehicle of Major (Retired) Hussain Ali, owner of The Oasis School, in the same District, while he was driving girls to school. The masked terrorists asked him and the girls to de-board the vehicle, before setting it ablaze. These attacks in Panjgur and Turbat Districts indicate the penetration of the Taliban ideology of intolerance and religious bigotry into the Southern regions of Balochistan, which had, thus far, escaped the influence of TTP and its likes.

South Balochistan has long been affected by the Baloch nationalist insurgency, while the North came under the influence of Islamist terrorist formations, including TTP and LeJ. While ethnic Baloch people were targeted by the state machinery, persons from minority communities were persecuted by state-sponsored extremist groups. Zohra Yusuf, chairperson of the Human Rights Commission of Pakistan (HRCP) claimed, on October 12, 2014, that Balochistan had been made a fertile place for armed religious extremists under a plan and, as a result, about 300,000 Shias, Zikris, and Hindus had been forced to migrate to other areas of the country. She expressed concern over this distress migration of minorities due to lack of security in Balochistan.

The 'disappearances' issue has come to dominate the political discourse in Balochistan. However, while the search for missing persons continues, their cases have been complicated by gross discrepancies in the record. For instance, according to a July 23, 2014, report the Home Department stated that only 71 people were missing in the Province, while human rights organisations estimate that the figure is closer to 8,000. The Voice for Baloch Missing Persons (VFBMP), an advocacy group, insists that more than 19,000 Baloch political activists and sympathisers have been subjected to enforced disappearances over the last 13 years. VFBMP vice-president Mama Qadir told The Express Tribune on July 23, 2014, "There are more than 19,000 people who were subjected to enforced disappearance in Balochistan and none of them have been recovered yet. The Government has done nothing, except to release those who were detained for a brief period." He added that his organisation had submitted a detailed report to the United Nations with evidence regarding missing persons. Significantly, on January 12, 2015, the Pakistan Supreme Court directed the Federal Government through Attorney General Salman Aslam Butt to submit comprehensive data within 10 days, regarding the number of missing persons in the country.

Terrorism related incidents and fatalities have, however, registered a decline through 2014 as compared to the preceding year. According to SATP data, the province recorded 607 fatalities, including 301 civilians, 223 militants and 83 SF personnel in 2014, in comparison to 960 such fatalities, including 718 civilians, 137 SF personnel and 105 militants in 2013. Similarly, the number and lethality of suicide attacks in the Province has also decreased considerably, with four such incidents resulting in 12 fatalities and 64 injuries in 2014; as against nine such attacks resulting in 233 deaths and 407 injuries in 2013. The Province also witnessed a decrease in bomb blasts and resultant fatality, from 138 incidents and 440 deaths in 2013, to 84 incidents and 132 deaths in 2014. Further, as against 63 major incidents of killing (each involving three or more fatalities) resulting in 433 fatalities in 2013, year 2014 recorded 56 such incidents resulting 415 fatalities. The provincial capital Quetta recorded a considerable decrease in terrorism related incidents, from 190 in 2013 to 100 in 2014. There were nine attacks on North Atlantic Treaty Organization (NATO) convoys through 2014, with three killed and six injured, as against 18 such attacks in 2013, with six killed and seven injured. Attacks on gas pipelines, however, increased from 10 in 2013 to 17 in 2014.

Disappearances and the state's 'kill and dump policy' continue to cause great distress in Balochistan, feeding the crisis of mistrust between the Baloch people and Islamabad and prolonging the insurgency. Islamabad's strategy of creating and supporting Islamist extremist groups to manage domestic political challenges has enormously aggravated the problem in both North and South Balochistan, though these groups are most active in the North. The limited gains in terms of a marginal reduction in most indices of violence, consequently, offer little hope of a sustainable improvement in the Province.