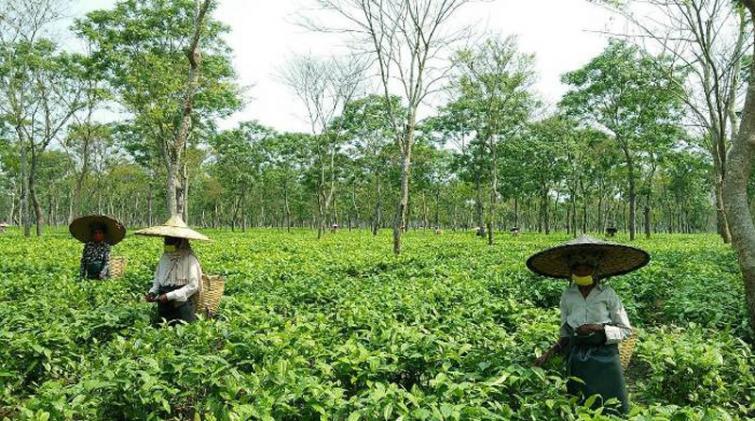 On June 11, 2020, a People's Democratic Council of Karbi Longri (PDCK) militant was arrested from Therebasa in Karbi Anglong District. One pistol was retrieved from his possession.

On June 6, 2020, a joint team of the State Police and the Central Reserve Police Force (CRPF) arrested four PDCK militants, including 'finance secretary' Francis Terang aka David Mukrang, from Therebasa. The other three arrestees were identified as 'sergeant' Naman Rishi RenBy Giriraj Bhattacharjee

On February 27, 2020, SFs arrested an unidentified PDCK militant from Bilaspara in Dhubri District.

No PDCK militant has been killed by SFs so far. No cadre of the outfit has surrendered. Moreover, PDCK has not been found involved in any incident of killing so far.

However, the outfit was found involved in some insurgent and disruptive activities. These include:

July 21, 2018: An inspecified number of PDCK cadres were injured in an encounter with the Police at Bokaram Tokbi Gaon under Dolamara Police Station in Karbi Anglong District.

November 4, 2017: PDCK called for a 24-hour total bandh (shutdown) starting from November 7, 2017. In a press note, PDCK 'red army's’ 'chief of army staff', David Mukrang, claimed that the bandh had been called in protest against "atrocity and torture committed against its functionaries Raju, Engleng, and Logsing Teron, by Indian occupational forces.” No untoward incident was reported during the bandh.

PDCK also tried to force some ‘social reforms’ that included ‘death sentence’ for rapists and molesters, and promised ‘dire consequences’ for those who sell pornographic content and intoxicants like alcohol and tobacco products near educational institutions, clubs and churches. On July 1, 2017, PDCK ordered people from the Karbi tribe not to marry people from other tribal and non-tribal communities, claiming that such alliances bring evil practices such as the dowry system and rape into Karbi culture. The group declared a fine of INR 500,000 for those violating this diktat, and also proposed severe physical punishment as a deterrent. Announcing the decision, PDCK’s ‘chief of army staff’ David Mukrong warned,

In olden times, the Karbis never mixed with people of alien culture, talking to and sharing food with others used to be seen as an offence. If the Karbi do not follow the path of our forefathers, a day will come when our rich culture and tradition is distorted.

However, none of these ‘directives’ could be enforced by PDCK due to lack of sufficiently trained cadres, besides pre-emptive efforts undertaken by SFs.

PDCK was formed in October 26, 2016, by I. K. Songbijit. He became the ‘chairman’ of the outfit. The other leaders of the outfit included ‘General Secretary’ & ‘Publicity Secretary’ Nongme Tungjang; ‘Finance secretary’ and 'chief of army staff', Francis Terang aka David Mukrang, and ‘Home Secretary’ Mir Ang Sir Ang.

PDCK’s stated aim is sovereignty for Karbi people and its area of operation is the Karbi Anglong District.

Soon after, on October 31, 2016, the then Karbi Anglong Superintendent of Police, Debojit Deuri, had asserted,

He [Songbijit] is definitely trying to cash in on the vacuum. In the past, all Karbi insurgent outfits were raised with the objective of securing statehood for the Karbis. This is for the first time that Songbijit's group is talking about sovereignty. We have no doubt that it is backed by the NSCN-K.

We have already received inputs that the outfit has been formed in Karbi Anglong and is being led by IK Songbijit. When the KPLT [Karbi People's Liberation Tiger] entered into a ceasefire, other insurgent groups like ULFA [United Liberation Front of Asom] and NSCN-K [National Socialist Council of Nagaland-Khaplang] desperately needed a foothold in the hill district. This new outfit formed by Songbijit has got the support of both ULFA and NSCN-K.

The then ‘chairman’ of the National Democratic Front of Bodoland – IK Songbijit faction (NDFB-IKS), IK Songbijit, who was reportedly responsible for the December 2014 massacre of Adivasis [tribals from Central India brought by British to work in Tea gardens] by NDFB-IKS militants, was forced out of NDFB-IKS in 2015. Subsequently, B. Saoraigwra became the leader and the NDFB-IKS was renamed as NDFB-S and became irrelevant. An unnamed source aware of the developments, disclosed on January 9, 2017,

Ever since the genocide of Adivasis in 2014, Songbijit got reportedly unpopular among the Bodos for his barbaric ways. Sidelined and pushed to Myanmar, the rebel leader formed PDCK with Karbi youths drawn from the NDFB [IKS] faction."

Songbijit himself belongs to the Karbi tribe.

Songbijit, a veteran militant leader, who for most part of his militant career fought for the ‘Bodo’ cause, despite being a Karbi himself, now wanted to create legitimate grounds for himself among the Karbis. And he had a cause ready to be exploited. In a March 27, 2017, in an interview with a private TV channel, Songbijit explaining the rationale behind the formation of the outfit, stated,

I have been witnessing factionalism and inconsistencies in the Karbi revolutionary organisation's principles and ideologies. Our issues have been compromised again and again in the name of peace parleys. Therefore, we have formed PDCK to fulfil the aspiration of Karbi people.

Bodo outfits like Bodo Liberation Tigers (BLT) and National Democratic Front of Bodoland (NDFB) were demanding that the Government accord Scheduled Tribe (Hills) status for Bodos settled in Karbi Anglong. This was bitterly opposed by Karbi civil society groups as well as Karbi armed outfits. Songbijit realised that, as most of the Karbi outfits, like the Karbi Longri North Cachar Liberation Front (KLNLF) and KPLT were more or less inactive, there was a void to exploit.

According to reports, non-tribals comprise 46 per cent of around 960,000 population of the Karbi Anglong Autonomous Council (KAAC). Naturally, PDCK tried to play on the demographic fears of the Karbi community, and the loss of its political edge to ‘outsiders’, in order to gain legitimacy in tribal politics. On January 2, 2017, PDCK issued ‘quit notices’ to Bengali and Hindi speaking residents in Karbi Anglong,

It is the British and not India that invaded Karbi country and annexed it into the then British empire. It is a historical accident and a mistake that, Karbi Kingdom swallowed in by the Indian union. Nowadays, colonialist Government of India continues to pursue a dishonest policy to suppress the Karbi and Dimasa people. They know very well that the strong identity of Dimasa and Karbi people cannot be destroyed easily and consequently, keeping them under Indian administration for long will not be easy too. So, India has been adopting one crooked policy after another to vaporize the strong identity of Dimasa and Karbi people. They have adopted the semi-violent policy of demographic aggression, the violent policy of physical killing and manipulative policy of creating social disharmony amongst indigenous people. For example, during the leadership of Indira Gandhi in 1967-71, many thousands of Bangladeshi Bengali refugees were rehabilitated in Karbi Anglong and Dima Hasao and in addition to it, thousands of Hindi speaking people from mainland India were brought in to make our people a helpless minority.

Further, on October 27, 2019, PDCK ‘chairman’ Songbijit, disclosed that the group would declare independence, and also ‘asked’ the Indian Army to leave,

…PDCK would like to appeal to the government of India to agree to holding a referendum to solve the Karbi-India conflicts peacefully… If India fails to respond to our proposal positively, we will not hesitate to declare independence of Karbi Longri by 2022… The Indian Army has been doing some developmental works in Karbi Longri from the last two years. PDCK appreciates their laborers (labours). However, we would like to earnestly ask them to leave our land at earliest.

Operating out of Myanmar, Songbijit, however, faced a setback  when the Tatmadaw (Myanmar Army) in February-March 2019 launched operations against the Indian Insurgent Groups (IIGs) based in Myanmar and severely restricted the ability of ULFA-I and the Yung Aung faction of the NSCN-K (NSCN-K-Yung Aung) to provide sanctuary for other militant groups, thus foiling PDCK plans. The NSCN-K split  took place in August 2018.

Nevertheless, even as favourable external factors supporting militancy have since been downgraded, chances of internal mobilisation on safeguarding Karbi identity and political rights have received a fillip, especially after the January 27, 2020, Bodo Agreement  potentially benefiting now dormant armed groups in the region. Indeed, on February 19, 2020, KLNLF ‘general secretary’ Thong Terong Kabi warned, “The identity of Karbis will come under threat if Bodos who live in the hill areas [along with Karbis] are also given a Scheduled Hill Tribe status.”

PDCK would also have been trying to exploit this situation.

SFs, meanwhile, have been assertive in their plans to wipe out this insurgent outfit. On June 3, 2020, Assam Director General of Police (DGP) Bhaskar Jyoti Mahanta urged the PDCK leader Songbijit to join the mainstream, cautioning that the group was under surveillance. The DGP asked Songbijit to surrender or be ready to face consequences.

Counter Insurgency (CI) operations by SFs against marginal entities like PDCK will continue, in order to preserve the relative peace established in the undivided Karbi Anglong District and also to deter militant groups from neighbouring states from using them as proxy forces.