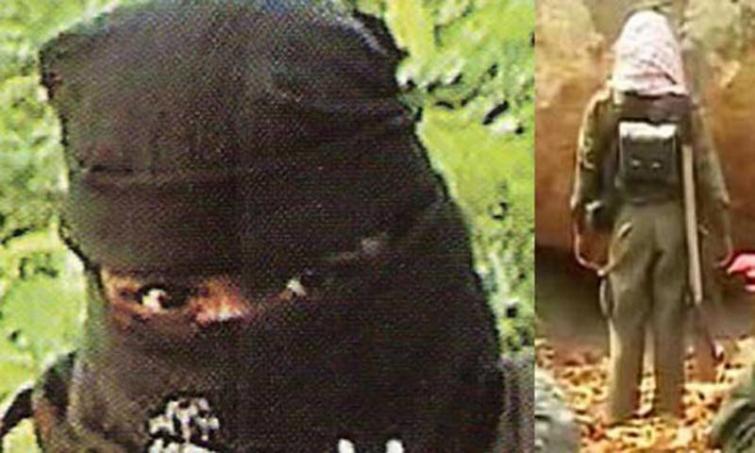 In a successful operation conducted by the Security Forces (SFs) against the Communist Party of India-Maoist (CPI-Maoist), in Kerala, SFs killed at least four Maoist cadres in two successive encounters in a forested area in Manjakkatty near Agali town under the Attappady Taluk (revenue sub-division) in the Palakkad District of Kerala on October 28-29, 2019.

According to the Police, two units of the 'Thunderbolts' - the commando wing of the India Reserve Battalion (IRB), an elite anti-Maoist formation, were on routine combing operations in the area, when a seven-member Maoist squad, the Bhavani Dalam (armed squad) of the People's Liberation Guerrilla Army (PLGA) of CPI-Maoist, opened fire at them. Police recovered four fire arms including an AK-47 rifle from the encounter site. The four slain Maoists were identified as Karthik aka Karthick aka Karthi, Rema, Aravind aka Suresh and Manivasagam aka Manivannan. Knowingly, of the four Maoists, Manivasagam, the leader of the Bhavani Dalam, was the CPI-Maoist State 'secretary' in Tamil Nadu before the formation of the Western Ghats Special Zonal Committee (WGSZC).

Earlier, in a combing operation on March 6, 2019, a CPI-Maoist leader identified as C.P. Jaleel was killed in an encounter between the Maoists and the Thunderbolts Force near a private resort at Lakkidi, located near the forested locality of Vythiri in Wayanad District. Two Police officers were also injured during the encounter. Police and the Thunderbolts were camping in the area as they received information that the Maoists were likely to arrive there. As a group of five armed Maoists reached near the resort, an encounter started, and gunfire continued till the early hours of March 7, 2019. Jaleel's body was recovered near the resort after the encounter.

These are the three incidents of Left-Wing Extremism (LWE)-linked killings in the Kerala-Karnataka- Tamil Nadu (KKT) tri-junction, since the beginning of the current year (data till November 3, 2019). Significantly, there were no such killings through 2018 or 2017. The last such killing reported in the area was on November 24, 2016, in which Kuppu Devaraj aka Shanker, a senior CPI-Maoist leader and 'central committee' member and Ajitha aka Latha aka Meera, a woman leader, were killed in an encounter with the Kerala Police, inside the Padukka Forests in the Nilambur Forest Range in Malappuram District.

Since March 6, 2000, when the South Asia Terrorism Portal (SATP) started compiling data on Naxalism [Left Wing Extremism, LWE]-linked violence in these three States (Kerala, Karnataka and Tamil Nadu) constituting the KKT tri-junction, has resulted in 46 fatalities in 26 incidents of killing, (eight civilians, nine SFs, and 29 LWEs). However, the KKT tri-junction accounted for a miniscule 0.43 per cent of total Maoist-linked fatalities recorded across India during this period (All-India fatalities at 10,483, including 3,752 civilians, 2,564 SF personnel, 3,911 Maoists; and 256 not specified; data till November 3, 2019).

Significantly, the SF: Maoist kill ratio in the KKT tri-junction has been overwhelmingly in favour of SFs, at 1:3.22.

According to a November 24, 2013, report, the rebels are setting up a base in the tri-junction area, which falls between Wayanad and Kannur Districts of Kerala; Mysore, Chamarajanagar and Kodagu Districts in Karnataka; and The Nilgiris District of Tamil Nadu. Wayanad (Kerala) and The Nilgiris (Tamil Nadu) are the only two Districts which share borders with these three States. The remaining LWE-affected Districts of these three States share borders with these two Districts.

The report also indicated that the Union Ministry of Home Affairs (UMHA) had sent advisories to the State Governments concerned and asked them to take necessary preventive measures to foil any efforts by the Maoists to start their activities in their areas. The advisor observed:

It is imperative at this juncture that all efforts be focused to check the activities of the outfit in the initial stage. If necessary, a joint police operation of the three States may be conducted to maintain the dominance of the administration and thwart any attempt by CPI (Maoist) to build their hideouts or organisation at this strategic trijunction.

According to a December 25, 2018, report, the Maoists are expanding in this region because of three principal reasons:

The nature of area that the rebels are exploiting – places which have the least Government penetration and, consequently, maximum dissatisfaction against the State.
The Maoist ‘division’ working specifically on this region is being squeezed by SFs on all sides in the Bastar area of Chhattisgarh and finds safe haven in the KKT tri-junction.
The unexplored forest areas in the tri-junction region are an attractive prospect for the Maoists to set up bases. SFs have little knowledge of the topography of the area, and this has facilitated rapid Maoist expansion here.

A December 17, 2018, report suggested that intelligence shared by Police departments of Tamil Nadu and Karnataka with central agencies indicated that the Maoists are getting familiarised and trained according to the terrain. Arms training is regularly undertaken in the dense Wayanad Forest. Intelligence reports indicate that, due to frequent operations by Anti-Naxal [Left Wing Extremism, LWE] Forces and the Special Task Forces (STFs) of Karnataka and Tamil Nadu, the Maoists were forced to flee towards the jungle areas of Kerala. However, "But for Kerala, combing operation is new to them and requires assistance. Kerala has vast jungle areas that are left unexplored."

Interestingly, incidents of killing have taken place in Wayanad and Palakkad, which have been included in the revised list of Left-Wing Extremism (LWE)-affected Districts in the country covered under the Security Related Expenditure (SRE) scheme, by UMHA on April 16, 2018. Though the number of LWE-affected Districts had decreased from 126 in 10 States to 90 in 11 States, three Districts (Malappuram, Palakkad and Wayanad) from Kerala have been added for the first time to the revised list. There is no District from Karnataka and Tamil Nadu listed in the UMHA's current list of 90 District in 11 States.

LWE violence has been recorded only in Kerala and not in Karnataka and Tamil Nadu, though the three States are included in the KKT tri-junction. Importantly, the Maoists had merged with the Communist Party of India-Marxist Leninist - Naxalbari (CPI-ML-Naxalbari), under the CPI-Maoist banner, on May 1, 2014, with the aim of securing a foothold in the KKT tri-junction area. According to official data disclosed by then Union Minister of State (MoS) for Home Affairs Hansraj Gangaram Ahir, Kerala has accounted for 23 incidents of Maoist-related violence since 2014: eight in 2014, 10 in 2015, five in 2016, and none in 2017 (data till December 15, 2017). Ahir further disclosed that no violence had been reported in Karnataka and Tamil Nadu since 2014. This is confirmed by violence data recorded by SATP.

On July 2, 2019, UMHA, directed Central Forces and State Police personnel deployed in LWE-hit areas to make a decisive push to tackle CPI-Maoist in the limited geographical areas to which they had retreated in the wake of their shrinking influence over the past five years. This includes the KKT tri-junction, where the Maoists are trying to set up bases.

In an earlier annual assessment of LWE activities, by the Institute for Conflict Management (ICM), it was mentioned that there are at least 16 Naxalite front organisations that double up as human rights organisations in the KKT region. Intelligence agencies also disclosed that there are around 80 Naxalites operating in the Western Ghats region, who frequently move across the KKT region. These cadres were mostly confined to Kerala, after Karnataka and Tamil Nadu, put the heat on them.

The Maoist threat is far from over. It is, consequently, imperative that the political and security establishments of the three States controlling the KKT tri-junction keep a constant vigil on the sustained Maoist efforts to spread their influence in this strategic region.